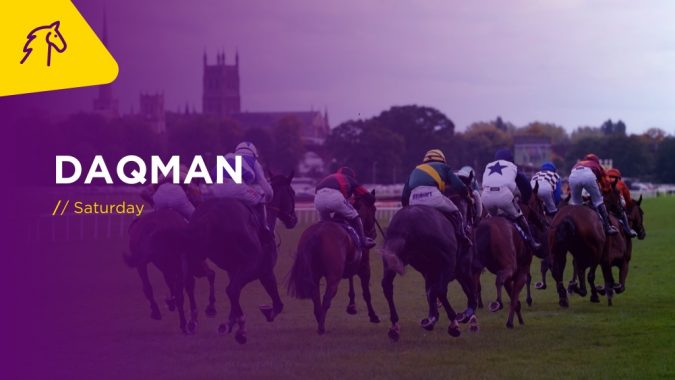 DAQMAN HITS A TOP-HAT FULL AT ROYAL ASCOT: An inspired Daqman powered back to form big time at Royal Ascot yesterday, with five winners, including four in a row, with success for two more Fortune Cookies and his nap up. All five were better value at BETDAQ offers and gave him a profit to recommended stakes of 129 points on the day. In race-time order:

HE GOES INTO THE FINAL DAY 32-22 FOR VALUE: Daqman goes into the final day today 32-22 up on Pricewise in their value challenge. There are three more Fortune Cookies after three out of four winners this week; they are offered at 2.0 and 13.0 on BETDAQ.

The key stalls are all outsiders against O’Brien’s Alfred Munnings, our Fortune Cookie from gate 2, half-brother to Snowfall out of a sister to Found.

Alfred Munnings beat nothing well at Leopardstown but Daqman was given the message for this Dubawi colt for the Cookies early on and this was cemented by a later word for Meditate which won us the Albany yesterday.

John Magnier was at Ascot for the day, – a rare outing – because he wanted to see Meditate, who must go on the 2023 Fortune Cookies list.

O’Brien knows something about Crypto Force (5), his Auguste Rodin having run up to him at the Curragh.

Frankie Dettori’s choice of Alzahir over One World and Faisal Road is no bonus these days. The grey Faisal Road beat two winners at York, including Finns Charm who is in the line-up today. Jack Mitchell is the owner’s retained rider.

Both Pearling Path (8) and Lakota Sioux (9) have not been straightforward so far but they have won their races, and are well drawn on the stats.

🎩 3.05 Royal Ascot (Jersey Stakes 7f) Audience has finished odds-on second to both Monaadah and Tuscan, and Frankie Dettori switches to Samburu, who is unbeaten but thought to need cheekpieces here.

Dettori had ridden Samburu at York, where he just got up to beat a subsequent Listed winner.

The hooded, tongue-tied and gelded Noble Truth has already achieved that level himself at Doncaster (held Alflaila) last season and Newmarket this. Now has 15lb more than Samburu in the ratings but would be a poor Jersey winner with all they have added and what they have taken away!

Star Girls Aalmal was a six-lengths fourth in the Irish 1,000 Guineas and has been well backed for this on the assumption that showers (forecast for 2 o’clock) will get into the ground. Good luck with that.

Toimy Son has won only with cut in the ground; a good second in September to Mangoustine, who had the fast surface against her yesterday but was winner of the French 1,000 Guineas.

I’ll try Monaadah. Jim Crowley deserves it. Had a cruise on Baaeed but should have won on Zanbaq (dwelt, hampered, the lot!)

Ten of the last 11 Hardwickes were won by four-year-olds, and the Dante, Irish Derby and St Leger winner Hurricane Lane is 6lb and 13lb ahead of Mostahdaf and Third Realm (needs rain).

Crowley again on Mostahdaf, blinkered and up in trip, may not be a pushover, particularly after Hurricane Lane’s 258 days’ absence.

But Sir Michael Stoute, once famed for improving older horses, has Solid Stone on three from four since applying the cheekpieces.

Chris Waller (Home Affairs stall 17 for Australia) and Wesley Ward (Campanelle 15 for America) are probably the top trainers of sprint stars in the world,

Their draws in this are at odds with the last eight results by stall for the Jubilee: 4, 6, 3, 3, 11, 9, 2, 3. But the high numbers came into their own yesterday, maybe treading better ground after the middle has taken the pounding all week..

Waller whipped Ward – plus the English, Irish and a Czech contender – when Nature Strip went clear in the Kings Stand Stakes on Tuesday.

Home Affairs, receiving weight, was very lucky to beat Nature Strip (bumped) at Flemington in February (Group 1, 5f), after leading much of the way.

Highfield Princess (stall 5) won a 7f handicap at this meeting last June, but now rates 21lb higher after her Group 2 at York over 6f, going with the pace and playing catch–me from two out.

A Case Of You (27) won the Abbaye in October on soft ground, while Creative Force won the Jersey Stakes (7f) and the British Champions Sprint (6f), both on soft (Highfield Princess sixth).

The Key Stat is Course form but places gained at Ascot by Fresh all came on soft ground (2123) and he is drawn low in 7. You have to rely on his fourth in the Victoria Cup (good), but it seems those forecast showers would be spot on!

Prince Lancelot is unbeaten in France this year; has won on good but, again, a shower or two would help.

Fresh ran second in this a year ago to Rohaan, who had won the Commonwealth Cup Trial at the Spring meeting on firm.

Jumby and Popmaster have both won at Ascot on top of the ground, and Jumby is better off with Blackrod on early-season form.

When Lampang landed an Ayr handicap in April, trainer Tim Easterby told me the Dandy Man gelding would be put away for the Wokingham.

Well, here we are eight weeks later with Great Habton rarely able to celebrate since (strike rate 10-107) and Lampang drawn 20. That’s why we can get 25-1.

Honiton, third at Newcastle to the subsequent Queens Vase winner, Eldar Eldarov, found firm ground to his advantage at Sandown last week, when he went nine lengths clear. Does this come too soon?

So far, in a field of 16 previous winners, the favourite’s Missed The Cut and it’s Falling Shadow who has been gelded!

🤔 LAYS LOGIC: I can’t have a favourite as short as 5-2 in this field of unexposed three-year-olds.

Alan King is hoping for rain this afternoon for Trueshan, who had to swerve the Gold Cup on firm ground. He’s 11lb in front of the field for this class-2 conditions-race, won by his stablemate Who Dares Wins in 2020 (Nate The Great fourth).

Stratum won it on the soft last year from Calling The Wind (Falcon Eight well behind). At today’s weights, the one-two are now within a pound of each other.

The 2021 Irish Derby third Wordsworth steps up to this marathon trip after finishing third in a blanket finish for the Sagaro Stakes (Gold Cup Trial). Runner-up Quickthorn then beat Nate The Great in the Henry 11 Stakes at Sandown.

Reshoun won the 2m 4f Ascot Stakes on the firm here last year, and ran well in it again this week, fifth, on Tuesday.

Timour is a hidden horse, stepping up a mile and more in trip; the sole runner for Andre Fabre, but he is more likely to win the French Oaks tomorrow!

Master Milliner is another who likes the ground, another not tested over this extreme trip.
BETDAQ value 2.9 Trueshan, if abs 4.5 Wordsworth