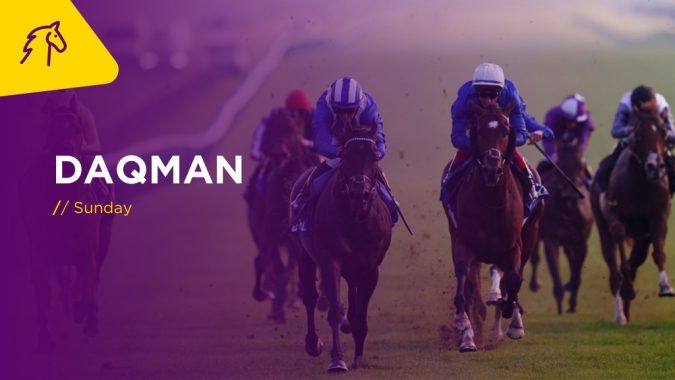 HOLIDAY RACING RUNS TO 23 MEETINGS: Here’s Daqman’s Holiday Focus on 23 meetings in the five days before the weekend Derby and Oaks. There’s a European flavour today with three Group races from Longchamp, and Jumps from England (Uttoxeter), Ireland (Punchestown) and Scotland (Kelso). It’s Daqman 26, Pricewise 16 as they head for Paris today.

CLASSIC COUNTDOWN: 12 FOR THE OAKS: Connections of one of the trial winners have forked out £30,000 to make up a field of 12 for the Epsom Oaks on Friday. Details below. Lester Piggott has died in Derby week. The man who made the race his own, with nine winners from 1954 to 1983, is best known for Sir Ivor and Nijinsky. Never Say Die, his very first at Epsom, was also his badge of courage through illness over the last few years. His fabulous 4,493 winners tally began at the age of 12. He was champion 11 times but his brilliance in the saddle made him a champion for all time. He was 86 and for many leaves lasting memories of the golden days of racing.

Oaks success for Kremlin? It’s a possible headline in Saturday’s papers, though it’s 150 years ago since a Russian prince built Kremlin House, Newmarket, which became one of the most successful stables in racing history.

Now it hopes to build on its Classic collection, with Rogue Millenium in the ‘fillies Derby’ on Friday for young Kremlin trainer, Tom Clover.

The stable had its last Classic success with Kingston Hill (Roger Varian) in the St Leger of 2014, following Carroll House’s Arc de Triomphe of 1978 for Michael Jarvis.

Previous Kremlin House success is legend, going right back to the 1933 Derby winner, one of the all-time greats, Hyperion.

Rogue Millenium, winner of the Lingfield Oaks Trial, had her Oaks date at Epsom on Friday bought for a supplementary £30,000 by her owners, the Rogues Gallery.

There are 12 declared, and I’ll be assessing them on an ABC basis. Meanwhile, Emily Upjohn (Team Gosden) remains around even-money favourite.

Best backed against her have been her stablemate, Nashwa, and With The Moonlight, of Charlie Appleby’s.

The Oaks is made up of: Ching Shih, Convert Hall, Kawida, Moon De Vega, The Algarve, Thoughts Of June, Tranquil Lady and Tuesday.

They were the first since Henry Cecil with Indian Skimmer (1987), the race having been dominated for many years by Andre Fabre (eight wins).

Fabre today puts up Mickael Barzalona on Place Du Carrousel, Group-3 winner at a similar trip and on similar good-to-soft ground at Saint-Cloud in the Cleopatre in April.

Prosperous Voyage and Frankie Dettori looked hot for Ralph Beckett, after running Cachet to a neck in the Newmarket 1,000 Guineas, but Cachet was just held in the French 1,000.

Now Prosperous Voyage has to miss her chance to put the record straight; ironically, there is no voyage: she had ‘problems’ making the trip from Dover.

Wild Beauty was well behind on firm ground for the Newmarket Classic but she is reckoned likely to step up over this longer trip.

Above The Curve has already run 1m 3f+ when beaten a neck by Thoughts Of June from a bad draw in the Cheshire Oaks.

I take the hints from two lines to form: Cachet’s defeat by the French in their 1,000 and Place du Carrousel’s victory in the Cleopatre.

Ed Walker runs Dreamloper, third in the Sun Chariot (Group 1) in October, and winner of the Dahlia Stakes, back on the Rowley Mile on the first of this month. Her sire is a French Derby winner.

Sealiway won the Champion Stakes in October but was pushed back into third in the Prix Ganay on the first of this month, which the Exbury winner, Pretty Tiger (not clear run), was unlucky not to win.

Dawn Intello and Dilawar place at the highest level but win only in Group 3, and the better ground suits the Siyoui grey, Wally. Pretty Tiger was 2.74 at time of writing.

⭕ 3.40 Punchestown (Ladbrokes Hurdle) Direct Image, who won a Ladbrokes Chase here in October, switched back to hurdles to complete a four-timer, sauntering round in a field of 20 at Tipperary earlier this month.

Sweet Sting did a similar job on a big field at the same venue in a faster time more recently.
Thanks to BETDAQ, we can cover both: 3.45 Direct Image and 8.4 Sweet Sting.

⭕ 4.50 Punchestown (Ladbrokes Chase) With the Leopardstown Chase winner, Birchdale a late absentee, I fancied Snugsborough Hall, third over the CD at the festival here in April.

But the money has poured on to Gordon Elliott’s handicap-chase debutant Old Town Garde and, while I would usually dodge him as lacking value on the form we know, I feel we have to take his side on the form we don’t know!

⭕ 3.31 Uttoxeter (Sir Stanley and Lady Clarke Challenge Trophy) Winner of the Grand National with Lord Gyllene, his father a disabled brewery worker; his mother a housemaid.

That’s the story of Sir Stanley, who was not out of the normal mold for a fortune hunter, but his racecourse at Uttoxeter became a model for his group of tracks, Northern Racing.

After buying Newcastle, Clarke appeared on the first race-day in the Silver Ring mounted a soap box and told the crowd he had checked out the facilities and was less than impressed, promising to put things right with investment. The crowd gave him a standing ovation.

Horses no older than eight have won all five of this memorial event. The ground looks too quick for Torpillo; Demachine needs further.

But Presentandcounting will appreciate trip and conditions, dropped 9lb since completing a four-timer in September. Around 10-1.