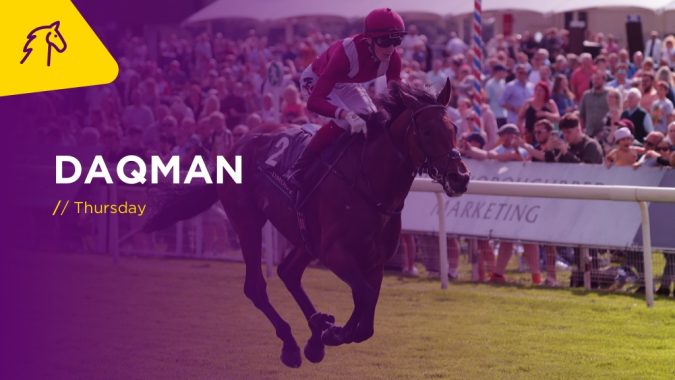 DAQMAN HITS FOUR WINNING DAYS IN A ROW: Daqman has this tipping game off pat! His winner–a-day sequence continued for a fourth day with two winners out of three yesterday, both at Haydock and both at 9-4.

CAN DAQMAN REPEAT HIS LINCOLN ONE-TWO: Declarations for the Lincoln Handicap today will be followed tomorrow by Daqman’s ABC guide. The man who named winner and second last year gives you a taste of what he’s looking for, and where punters stand with the Grand National card.

Lincoln Handicap: Daqman, who named 62 feature-race winners in the 2021 Flat season, hopes to start as he means to go on with the Lincoln winner on Saturday. Last year he gave the correct one-two:

UPDATE: The last three winners have been trained by the top stables of William Haggas, Charlie Appleby and John Gosden.

Haggas intends to run three on Saturday: the ante-post favourite Mujtaba, plus Irish Admiral and Ametist.

TURNKEY WEIGHT: The last five winners have been four-year-olds carrying between 8st 12lb and 9st 4lb.

Daqman’s first Grand National tip in this column was Silver Birch (WON 34.0) in 2007. Next week, he starts his National countdown.

Phoenix Way is the last one of the 92 declared inside the 40 limit, with Deise Aba on 41 waiting for a drop-out.

⭕ 1.00 Huntingdon Jeremy The Jinn and Cornicello dominate the BETDAQ BETTING EXCHANGE market for the opener but preference has to be for the former who brings the best form to the table.

He showed his liking for good ground when making a winning bumper debut at Market Rasen and has shown promise in his two starts over hurdles. He was beaten at odds-on last time at Taunton not helping his chance by a terrible blunder at the last.

Cornicello was a fair third over course and distance last time out in handicap company. His chance has to be respected but in 10 career starts – including two wins on the flat – he has yet to tackle good or better ground.

⭕ 2.30 Chepstow The Paul Nicholls overall form remains a concern, certainly by his high standards and following on from a Cheltenham blank.

7 winners from the last 46 stable runners but the shorter priced ones have generally been running well. Of those seven recent winners five were sent off favourite.

The resurgence will hopefully continue at Chepstow this afternoon with Grivetana who made a winning start to her career in France but was then a beaten odds-on favourite on stable debut at Wincanton when only fourth.

She should be a little more race savvy today and the opposition doesn’t look too strong.

Chabichou Dupoitou improved from a disappointing debut to finish a 33/1 third at Wincanton last time out which was much more like it but she’ll probably need to improve again.

Harry Fry is no doubt still on a high after Love Envoi’s Cheltenham success last week. He sets a puzzle here by running two. Ma Belle Noire is narrowly preferred on the basis of her Aintree form last October but she was a little disappointing subsequently and is now back from a break.

⭕ 5.17 Sedgefield Rebecca Menzies has her string in terrific form and can land this closing handicap hurdle with Chesterville.

The eight-year-old is tumbling down the weights and should be suited by the quicker ground.

Hopefully the switch back to hurdles will also reinvigorate.