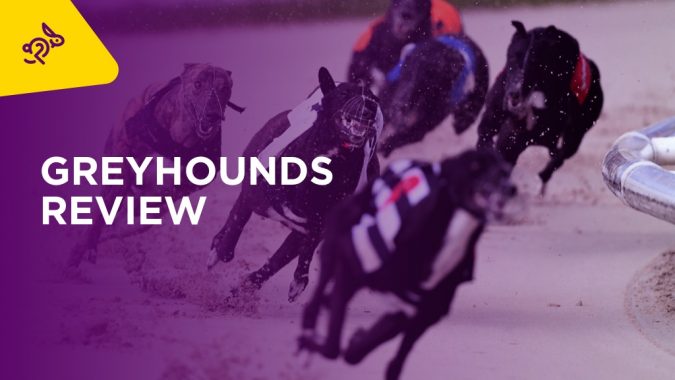 GREYHOUNDS: Look ahead to the first-round heats from opening night at the Irish Greyhound Derby at Shelbourne Park

On Monday morning at Shelbourne Park the first-round draw was made for the 2022 Boylesports Irish Greyhound Derby. One hundred and fifty-six entrants went in the draw with twenty-six heats due to be run this Friday and Saturday night. The first three will qualify from each heat, plus eighteen fastest fourth place finishers.

This will leave us with ninety-six, and it will be three to qualify from there on in. We have lots to focus on, so let us look at all the first-round heats, in what promises to be one of the best renewals in recent years.

Verdict: Mustang Jet will be bidding to get favourite backers off to a winning start in heat one. He has trialled well over the distance in recent weeks and has the form in the book to go close. He is one I have fancied for this event for several weeks and has a perfect draw out in six. Jet can go up well and stays the trip strongly.

Deadly Showtime ran with credit behind Born Warrior in the recent Champion Plate and can figure with a fast exit. Toolmaker Wilde has won his last three starts and recent trials suggest all is well. The lightly raced Garryvoe Joe has impressed in his three starts thus far and may have more to offer. It is a cracking heat to kick off proceedings, but Mustang Jet just gets the nod.

Verdict: The strong running Toolmaker Beach is drawn to go well in heat two. A recent winner of the Derby trial stake a Newbridge, Beach has won over further and is sure to be finishing well. Tullig Raven broke the Tralee track record on his racing debut and has not had much luck in his two subsequent outings. The draw may suit him in this with not much early pace in opposition.

Flying Honours is much improved recently but obviously wants further than the 503m trip. None will finish faster, but he may have too much ground to make up.

Verdict: Recent Champion Stakes Winner One Time Only will be popular in this. The dual classic winner is in the form of his life and should take the beating if leading. It is a heat packed with potential dangers, last years finalist All About Ted opposes from box six while promising youngsters Ballymac Joey and Killeacle Phelps are potent challengers.

One Time Only should have too much early speed for his rivals granted a level break, and looks the one to side with in heat three.

Selection: One Time Only

Verdict: Oak’s winner Raha Mofo is the star attraction in heat four. She ran a blinder last week and that was a real sign of a return to her best form. Her main danger looks to be Savana Hero in six, he was an ultra-impressive winner over this trip here last week and a repeat performance puts him right in the mix.

It remains to be seen how Raha Mofo will cope with her middle seed. She has never raced from box five and that must be of slight concern. A chance is taken on Savana Hero to take this at the expense of likely favourite Raha Mofo.

Verdict: Part Blake ran so well in a red-hot contest around here when splitting Coolavanny Hoffa and Good Cody in a thrilling contest a couple of weeks ago. This is a touch easier, however he will need to be on his toes early with Oak’s runner up Scooby Duchess and Galway 550 track record holder Hannover Phantom both very capable when on song.

If Part Blake can hold Scooby and Hannover Phantom to the corner, he should prove too good. Duchess can break well on occasions and will move to the rails early if doing so. Its not a heat to be getting to involved with from a punting perspective, but slight preference is for Part Blake to lead home Hannover Phantom and Scooby Duchess.

Verdict: English Derby winner Romeo Magico will bid to complete a famous English/Irish derby double in heat six. But he could not have been handed a worse draw. Pre-draw, no one wanted to be drawn on the inside of The Other Kobe. Kobe is blessed with fine early speed but does dramatically seek out a rails pitch early, to make things worse Well Met in box three is also blessed with stunning early and he too will move inwards early.

Gortkelly Nestor made the semi final last year and is returning to peak form. Its another tricky event for me here. But I will take a chance that The Other Kobe can clear the inside and make all.

Selection: The Other Kobe

Verdict: A cracking heat this, English Derby finalist and six bend classic winner Priceless Jet lines up here in his favoured box six. He is hugely consistent and is sure to be there at the business end. Last year’s sprinter of the year Good Cody is another with a perfect draw and he looks a likely leader in this. As previously mentioned, he too ran a blinder behind Coolavanny Hoffa and Part Blake around here recently and will look to make all.

Ballymac Finn has caught the eye on a couple of occasions and has more scope for improvement then most of these, do not ignore. Good Cody is the one for me here, with Ballymac Finn fancied to follow him home.

Verdict: Another standout heat, Deadly Destroyer was near to favouritism for outright honours for this event last year but seems to be a couple of lengths off his absolute best. Skywalker Barry must always be feared. He can beat the best in training on his day, ignore his latest trial where he charged traps. Da Bold Freddie has exceptional pace but has been slowly away in recent outings and will need to brush up on his trapping.

Preference is for Coolavanny Calvn in red. Calvn has posted some flying efforts in trials and has a perfect draw to work with this weekend. His recent 28:05 trial for the 480m trip was as good as we have seen by any greyhound in recent months, and he looks a good bet in this contest.

Verdict: A wide open heat, local runner Ringthemoon has been running in top company around here for the last few weeks and is well drawn to have a say. Produce Stakes winner Gaston Pecas is another with a good draw, both Pecas and Ringthemoon are strong running trackers and the battle to the bend between the two could go along way to deciding the outcome of this.

Verdict: Our Ante post selection goes in heat ten, Coolavanny Hoffa, we put him forward a few weeks back at 34.0 and since then he has won three on the spin, he now finds himself at the top of the ante post betting with many firms at around 15.0. Hoffa is blessed with fine early pace and seems to be getting stronger with each outing.

Tullig Cyrname had won all eight of his career starts before suffering his first defeat here last week. His race record is incredible, and he represents a danger. Storys Cashout and Carrauntoohil are incredibly fast performers but on occasions can lose vital ground at the start. Coolavanny Hoffa is strongly fancied to take heat ten.

Verdict: Kildare, a recent English Derby finalist will be popular in heat eleven. He has yet to race around Shelbourne Park, but his recent trials have been exceptional. Disco Pants is improving and has not had much luck around here in recent outings. There is a big run to come from Disco Pants and it could well be this weekend.

Bockos Melody is a bitch I have always liked; she has won her last two starts and looks to be returning to top form. Droopys Nice One is a Shelbourne Regular at this stage and she will be fancied to make her track experience tell. I am going to take a chance on Disco Pants in this. I strongly believe there is a big run to come from him and hoping it could be in this heat.

Verdict: Barefoot Supremo is a hugely fast performer, but he will have to come from behind to win heat twelve. His recent trial work was excellent and granted a clear passage he will attempt to come through late to seal victory. Benalmadena Roxy was a winner on the night of stars here last year and is a potent force over a variety of distances.

Dublin Cup winner Ballymore Border looked a potential superstar early on in his career and he returned to top form with a fine win around here last time out. He is well drawn in six and could well make all. Ballymore Border will look to build up a lead over Barefoot Supremo in the first half of the race and I think that may be sufficient.

Verdict: What a way to end Friday night, Swords Rex has been favourite for the event for most of the year after winning the Kirby Memorial at Limerick. His preparation has been less than straight forward, and he picked up a small niggle in his recent trial forcing him on the side-lines in the vital run up to this event. Speaking to the owners, they hope its only a minor injury and he should be fine to take his place.

Crokers Spirts has flying early gears and he looks a likely leader, with powerhouse Beach Avenue likely to finish fastest of all. It is impossible to ignore the recent winning run of Fernandes, he was a promising puppy and last weeks win was a step in the right direction. It is a fascinating heat, but I will side with Crokers Spirit to make all and the expense of Swords Rex and Fernandes.