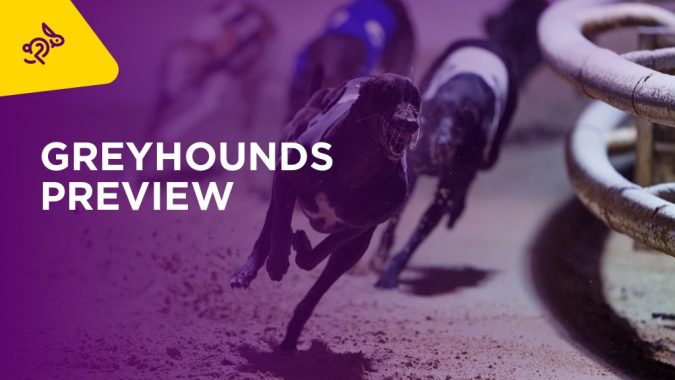 GREYHOUNDS: A look back at the Shelbourne Champion 550 Final, the Corn Cuchulainn semi-finals, and a look ahead to Romford and Hove on Saturday

Week to remember for in form Guilfoyle

Leading Irish trainer Patrick Guilfoyle certainly had a week to remember and incredibly it could still get better as his Magical Poppy will go to boxes odds on, to claim The Corn Cuchulainn at Shelbourne Park this Saturday night.

Shelbourne Park was the venue for The Champion 550 on Saturday last where The Other Kobe was sent of favorite at 2/1. However, it was Vincenzo who ran out a deserving and magnificent winner for owner Cheryl Sutcliffe. The Other Kobe went to traps as the marginal favorite over Vincenzo, 9/4 and Droopys Nice One next in at 5/2. The Other Kobe was expected to lead but he missed the start and was immediately short of room on the run up losing all chance. In contrast, Vincenzo made a flying start down the middle and led clearly from Droopys Nice One and Ballymac Ben with Hoodoo Brown back in fourth ahead of The Other Kobe and Pablo Escobark. Entering the back straight Vincenzo was now on by three and increasing his lead to four lengths as they passed halfway over Ballymac Ben and Droopys Nice One. Hoodoo Brown began to show big pace to challenge on the inside of kennel companion Ballymac Ben into the third bend but just couldn’t get through, forcing both the Dowling runners to check up and allow Droopys Nice One back into second. Up front Vincenzo was gone beyond recall and turned for home five lengths clear of Droopys Nice One. Powering to the line, Patrick Guilfoyle’s Vincenzo stopped the clock in a brilliant 29:27. Droopys Nice One was five lengths back in second, with Ballymac Ben holding third ahead of the big finishing Pablo Escobark.

Also on Saturday’s card we had the semi-finals of The Corn Cuchulainn, the Irish six bend classic. In the first semi-final, Dark Ava came from behind to run out a comfortable winner. Race favourite Ballymac Belvult set the early fractions and led passing the stands for the first time from Dark Ava and Ballinabola Bolt back in third. Droopys Soldier had plenty on after some early interference. As they raced down the far side, Belvult was about to come under pressure from Dark Ava and she took up the running passing the fifth bend. Mark Robinson’s bitch has plenty of class when getting things right and she stormed clear in a PB over the trip to stop the clock in 41:42. Ballymac Belvult was four lengths back in second, with Ballinabola Bolt taking the final qualifying position. We’ve seen Ava trap so well in the past and although she does lack early pace, if she can trap and turn handy, she could be a big player in next week’s final.

The Guilfoyle bandwagon rolled on and the second semi was some what of a procession as Magical Poppy was once again outstanding when making all. Yet again she flashed from boxes and posted an incredible 13:44 split to pass the stands with an ever increasing five length lead over an improving Crafty Kokoro. Owned by Donal Guilfoyle, Poppy was relentless up front and never gave her rivals a chance. Crafty Kokoro and Toolmaker beach tried to bridge the gap down the far side without much success. Turning for home, Poppy maintained her five-length lead over Crafty Kokoro, with Tinnock Solis now in third at the expense of Toolmaker Beach. At the line, Magical Poppy was five lengths too good for Kokoro in 41:08,  as Tinnock Solis did some good work late to take third. Poppy will undoubtedly start favorite for next week’s final and her trainer Patrick Guilfoyle is red hot at the moment. Good luck to all finalists this week. Enjoy the occasion.

Verdict: Magical Poppy will surely go off a short priced favorite to land another big race for Patrick Guilfoyle. The draw couldn’t have worked out any better with both Dark Ava and Crafty Kokoro looking for a rails pitch early. If she breaks level, she should lead on the short run to the corner and would be impossible to peg back if clocking anything like her previous two efforts. Ballymac Belvult is the only one that could cause her any problems early and could make it interesting if he were to make a fast start, but I’ll side with Magical Poppy to make all.

We have seen many a star performer over the 575-yard trip over the years at Shelbourne in recent years –  Lenson Blinder, Mildean Puma, Beach Avenue, Droopys Nidge, Broadacres Turbo and many many more, however none of them or any greyhound before has covered the distance faster than Sentimental Lad. On Saturday evening, Eimer and Michael Heeney’s brilliant black set new figures stopping the clock in an astonishing 30:59, that’s right 30:59! Having ran a blinder last week behind 2021 Greyhound of the year Explosive Boy, it was Sentimental Lad’s turn to lead up. Once doing so, he was never going to be caught, thundering down the far side Sentimental Lad already had five lengths in hand on Innfield Dinger with Ringthemoon back in third. Stopping the third bend sectional clock at 18:31, it was evident something special could be on the horizon. Relentless from the off, Sentimental Lad stopped the clock at 30:59, setting new figures for the distance. Innfield Dinger was nine lengths behind in second. Congratulations to all concerned, it truly was a remarkable run.

The unique Dundalk International took place at the County Louth venue on Tuesday evening. A one off invitational event where the format is Ireland’s best three taking on the best three the UK have to offer. Unfortunately there was no UK representative this year, but nevertheless we had a cracking line up featuring last year’s Sprinter of the year Good Cody, Greyhound of the year Explosive Boy, Produce Stakes winner Gaston Pecas, Juvenile Classic winner and Derby runner up Singalong Sally. In five we had Ballymac Fairone, who was an English Derby finalist and completing the line up was recent Irish Oaks winner Raha Mofo. Singalong Sally was fast away for trainer Pat Buckley and set a scorching gallop to build up a two-length lead over race favorite Explosive Boy for Patrick Guilfoyle and owner Peter Sutcliffe. Turning for home, Explosive Boy began to cut the deficit on the gallant Singalong Sally and got there late to keep the incredible run of form going for the Guilfoyle Kennels.

Romford will host their usual Friday night card with some decent contests on offer. MakeIt For Waz bids to make it five on the spin in the finale where she takes on classy sorts in the shape of Bubbly Bollinger, Puttfor Rags, and Antigua Princess. Burgess Glengar had some fine form in Ireland last year and looks to make it three in a row in the penultimate event on the card. On Saturday, Hove host the opening round heats of The Regency over 695m and the first round of the Sussex Cup also gets underway over 515m. In the Regency, Callmesteve will be fancied to go well in the event, he currently heads the antepost market at a best priced 5/2 for outright glory. Lautaro @5s heads the betting for the Sussex Cup, which has attracted a host of big names including last year’s Derby champion Thorn Falcon as well as Chelms Fred, Kilkenny Santy and Faughan Rebel. We will take a closer look at the heats next week.