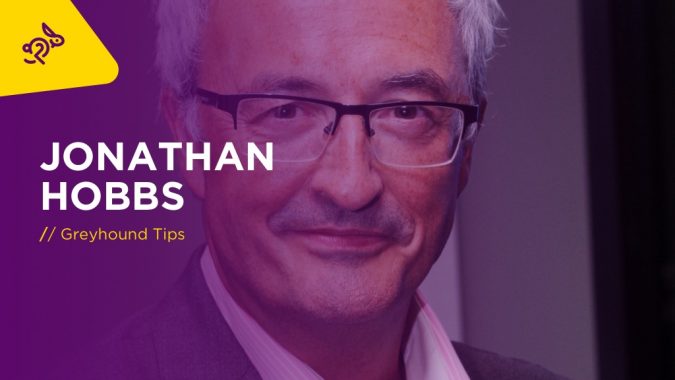 JONATHAN HOBBS HOVE SATURDAY: Hove features once again on SportyStuff TV/RPGTV on Saturday with a cracking card including three heats of the Coral TV Trophy, three semi-finals of the Brighton Belle plus heats of two other competitions.

The action from the Sussex venue shares the stage with some more top-class Irish action from Waterford where the main event is the Select Stakes – Patrick Guilfoyle’s Explosive Boy (9.24) gets a narrow vote there.

However, Hove is concentrated on here and the prospect of history being created is real as Aayamza Royale aims for a record-breaking third successive TV Trophy win.

Mark Wallis’s outstanding bitch, the 2020 Greyhound of the Year, is having her last races in this two-run event. She could be retired tonight – but hopefully wins or finishes second and bows out in next weekend’s final!

Either way, it’s a brilliant card at Hove, so let’s take a look at the pick of the bets.

6.28: Heat two of the Puppy Cup and Romeo Top Gun could be another Janssens winner. He trialled in well and, with likely improvement and providing he clears the sponsor’s runner Seasonsblokidoki, could be away. His Notts debut was a decent one.

6.43 Another good Puppy Cup heat where Droopys Mural is an interesting runner outside. Trained by Richard Rees, stripes has looked above-average in trials and will come forward. Key will be clearing Swift Quincey, who might drift inwards anyway.

6.58: Heat one of the TV Trophy and Aayamza Royale could be ready to begin another big-race campaign successfully. Her comeback run was decent enough given the time off and improvement is more likely than not. Kennelmate Blueberry Bullet for a Wallis 1-2?

7.36: Heat two of the TV Trophy now and St Leger champion Space Jet might always be to the fore. Matt Dartnall’s bitch trialled in well and brings top-class form to the table over both six and eight bends and could prove too strong for possible leader Callmesteve.

8.17: The third and final TV Trophy heat and Mark Wallis has another strong hand. Antigua Lava kept on well last week and, set to improve for the return to eight bends, might be tough to hold, although kennelmate Aayamza Dream will never be that far away.

8.38: This is heat three of the Brighton Belle and another chance for Whats Up Eva to show her pace. Richard Rees’s bitch boasts a good strike-rate and is still coming forward after a spell off. She posted a good time last week and should clear these early.

The card finishes with two heats of the Coral Sprint Trophy and two cracking A1s.

A strong field has been assembled for the two-bend heats and these can go to Midlands Sprint Trophy champion Signet Goofy (8.54) and big-race winning sprinter Crossfield Dusty (9.28) for Kevin Hutton and Patrick Janssens respectively.

Pick of the pair of A1s is Belinda Green’s possible leader Freaky Pumbaa (9.12) in the first of the top-grade contests.