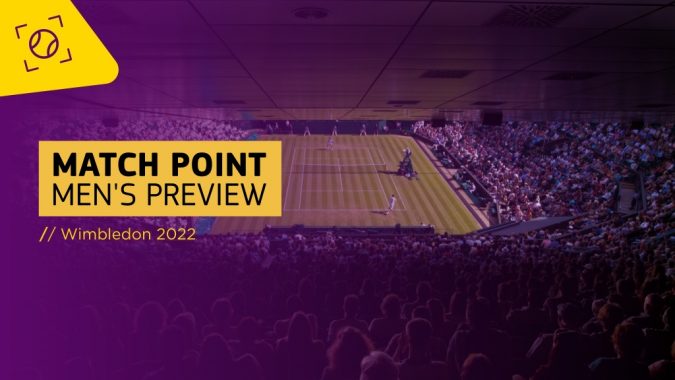 MATCH POINT: With Nadal out injured, there’s just one Men’s Semi-Final. It’s Djokovic v Norrie for the right to meet Kyrgios in Sunday’s final. Get the recommended BETDAQ bet from MATCH POINT.

This is a re-write !! Like everyone else, I was looking forward to this afternoon’s Men’s semi-final between Rafael Nadal and Nick Kyrgios but the news broke last night that Nadal unfortunately misses the match due to an abdominal injury.

It perhaps wasn’t the biggest surprise in the world given how then Spaniard struggled in his quarter final against Taylor Fritz – eventually coming through to win in five sets.

Nadal said last night: “Throughout the whole day I have been thinking about the decision to make. I think it doesn’t make sense to play. I feel very sad to say that.”

That leaves today’s Centre Court crowd and watching TV audiences feeling somewhat short-changed but one man who won’t be complaining too loudly (for once!) is Kyrgios who advances to Sunday’s final courtesy of a bye.

Who he plays is of course down to the other semi-final this afternoon which sees Novak Djokovic against Brit Cameron Norrie. The match is scheduled to start not before 2.30pm as it follows the Ladies’ Doubles semi-finals.

Djokovic looked on the ropes against Jannik Sinner in the quarter finals and it just simply came down to experience that he was able to turn the match around in five sets 5-7 2-6 6-3 6-2 6-2.

That monumental effort might be bad news for Norrie though as it might well have just sharpened Djokovic’s mind with the thought that a career 21st Grand Slam title is now well within touching distance.

Norrie has enjoyed an exceptional Wimbledon given he’s never previously got past the third round of a Grand Slam and was seeded 9 going into SW19 this year.

The pair have only met once previously and the form line can’t really be taken too literally given it was last year on an indoor hard surface with Djokovic emerging a comfortable 6-2 6-2 winner.

Norrie will carry the support of a partisan crowd but it’s really hard to see beyond a straight sets win for the Serb which can be backed at around 1.63 on Betdaq Betting Exchange.