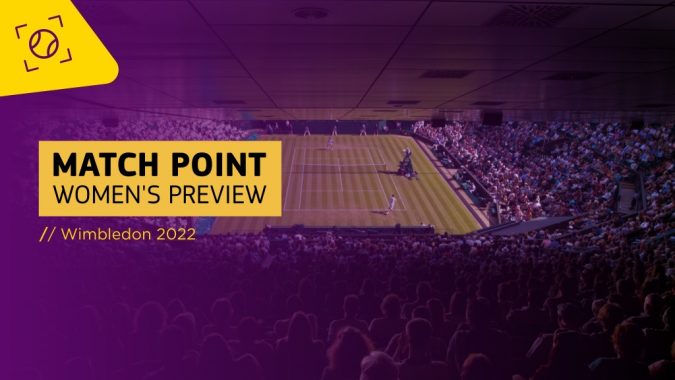 MATCH POINT: Wimbledon 2022 starts on Monday. In the Women’s tournament can anyone halt the 35-match winning run of BETDAQ favourite Iga Swiatek?

As always ‘value’ is subjective but in the case of Iga Swiatek some would argue that odds of around 2.56 on the Betdaq Betting Exchange are good value taking into account her superlative form heading into the tournament.

Swiatek is on a 35-match winning run including the French Open last month which did us a favour as she was the only recommended bet ante-post.

2.56 is bigger than I expected, for sure, and I will again include Swiatek in my pre-tournament portfolio.

The big question mark remains whether she can prove as invincible on grass as she shown has on the other surfaces.

Swiatek said: “Honestly, I still feel like I need to figure out grass. I didn’t have a lot of time to prepare. But I’m just trying to stay open-minded and kind of take positives from the situation.

“I have so much successes this season that I don’t have to show everybody that I need to play well in every tournament because it’s tennis, we have ups and downs. So I try to play without expectations and just see what this tournament brings me.

Swiatek plays qualifier Jana Feet in the first round on Tuesday and if progressing to the semi-finals could meet the likes of Pliskova, Williams, Paula Badosa, or two-time champion Petra Kvitova.

It’s great to see Serena Williams back competing at Wimbledon but she has struggled for form and odds of 25.0 don’t really appeal – despite her extraordinary career CV.

Is first up on Number One Court on Monday as she takes on Mirjam Bjorklund. Jabeur pulled out of doubles action in Eastbourne last week to give a knee injury every chance. Now ranked two in the world, the Tunisian couldn’t be in better form through the build up.

Just came up short in Eastbourne failing to defend her title by losing to Petra Kvitova in the final. Grass ability massive positive and one of several who could be overpriced if Swiatek comes up short.