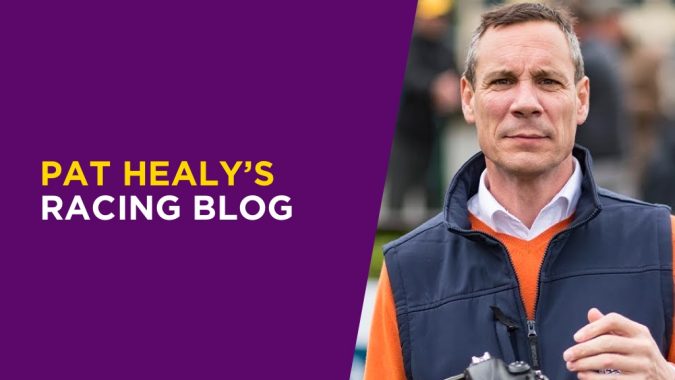 PAT HEALY: Pat pays tribute to Jessica Harrington and Shane Foley after their Irish Oaks win before making his picks for Saturday’s King George and next week’s Galway Plate.

First, a huge congratulations to Jessica Harrington and Shane Foley for winning the Irish Oaks last weekend with Magical Lagoon. We all know that Jessica is just a great woman, we’re lucky to have her as an ambassador for Irish racing and it could be easy to start slowing down at Jessica’s age and take things easy, but she is the opposite. She’s running a huge operation and obviously has a great team behind her. She’s just an amazing woman, and her success is fantastic to see. Hopefully there’ll be more Classics to come.

The last few years Shane has cemented himself in the top three or four riders in the country. Him and Jessica have a fantastic association and to continually being in the top tier of riders in Ireland year in and year out, you don’t do that by chance. That consistency means that Shane is obviously one of the best riders around, and I’m sure the association with Jessica will yield more success and Group Ones in the future.

I won’t be going over to Ascot for the King George this weekend, but my nephew Sean will be there for Healy Racing. I’m looking forward to the race, though, and of course it is a shame that Desert Crown won’t be there due to a little injury, but it should still be a great race. From my point of view, I’d like to see the Irish Derby winner go on and win, so I wish Westover (pictured below) the best of luck and hopefully the form of that Irish Derby will be upheld. I’ll be at Galway next week for the weeklong festival, and the biggest race meeting in the Irish calendar. Hopefully the weather will be fine for the ground staff. It’s a fantastic race meeting socially and as it falls during peak holiday time, so it’s always great craic around the city after the racing. As ever, I’m really looking forward to the Galway Plate and Galway Hurdle. It’s always interesting to see who has been plotting for these races. I have to say, nothing stands out for me in the Plate. However, in the Hurdle there is one that has caught my eye and that’s My Mate Mozzie. He’s trained by Gavin Cromwell, and I’ve had a few bob each-way on him.

As mentioned last week, it’s the big final this Sunday between Kerry and Galway and I’m wishing Kerry all the best. The last time the two teams met was back in 2000 which ended in a draw before going to a replay which we [Kerry] won. It was fantastic to get the Dubs off our backs after 13 years but hopefully we can get the same result here. I’ll be going to the match on Sunday along with 82,000 others, and regardless of who wins, the banter at Galway next week will be fantastic.