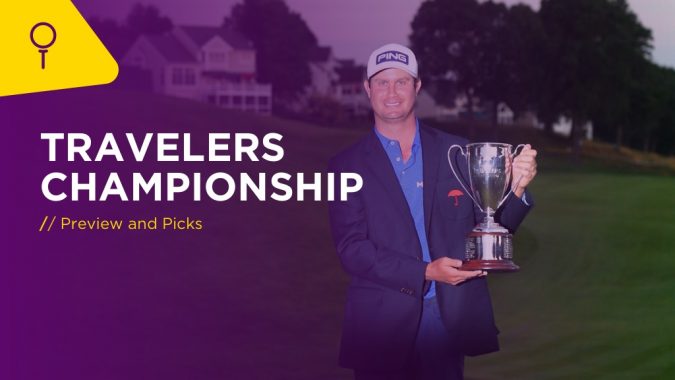 TRAVELERS CHAMPIONSHIP: A thrilling four days at Brookline may not have quieted all the controversy in pro golf, as young top-20 players Brooks Koepka and Abraham Ancer are now the latest to defect to the LIV tour, but last week provided exactly what the golf world needed: a grueling test that ended with a suspenseful duel between two of the games bright young stars– players who, for the time being, have been unwavering in their commitment to the PGA Tour. Whatever you may think about the LIV experiment, it seems obvious that what they are offering– limited field 3-day tournaments with a shotgun start and no cut– will never capture the heart and mind of the golf purist in the way that last weekend at The Country Club did.

Many U.S. Open participants will now make the short trek down to Connecticut for the Travelers Championship, an event that has been a fixture on the PGA Tour schedule since 1952 and has been held at the same course, TPC River Highlands in suburban Hartford, since 1984. The tournament touts itself as the second-most attended PGA Tour event annually, behind only the Waste Management Phoenix Open, and the warm galleries and relatively friendly course setup generally make for a relaxing, low-stress week after the U.S. Open pressure cooker.

TPC River Highlands is a par-70 that measures just 6,840 yards, making it one of the shortest tracks on Tour. That being said, a variety of different styles have won this tournament over the years, from bombers like Dustin Johnson and Bubba Watson to short and straight types like Chez Reavie and Russell Knox, so there are several different ways to dissect the Pete Dye/Bobby Weed design, which is a positive trait for any course in my opinion. The greens are small and speedy and can be difficult to hold from the rough, so putting the ball in the fairway will be important this week, but if players are hitting their spots they can really take it low, as Jim Furyk proved with his record-setting 58 here back in 2016. This is a straightforward test– it’s all out in front of you, and there are no difficult stretches to slow your momentum. The winner this week will be a player who gets on a roll and rides it, not one who perseveres through tremendous difficulties. This ain’t the U.S. Open.

The field this week is significantly stronger than we normally see at the Travelers, which can at least partially be explained by Hartford’s proximity to Brookline. The quartet of McIlroy (11.0), Cantlay (11.0), Scheffler (11.5), and Thomas (13.0) head BETDAQ’s Win Market, but the field is quite deep and there are some intriguing options a bit further down the board. With that in mind, here’s what I’m thinking this week:

Sam Burns (14.5)- It’s not a hot streak, folks– these last few months are who Sam Burns really is, so get used to seeing him near the top of markets and on the front page of leaderboards for the foreseeable future. In his last eight starts he’s posted two victories and two other top-5 finishes, and he was right in the thick of things at Brookline last week before an unfortunate final round left him in a tie for 27th. Despite his recent run of brilliance he’s still not talked about as one of the world’s best players, but that will likely change if he wins a couple more times this year. Don’t be surprised when it happens, and it very well may happen this week, as Burns has shown his affinity for TPC River Highlands with top-25 finishes here in each of the past two years. Don’t let the short price scare you off– it’s likely to shorten further as the week progresses.

Marc Leishman (56.0)- I simply cannot avoid backing Leishman at this price given his record in this event, which includes a victory, a 3rd-place finish last year, and four other finishes of 21st or better since 2014. He simply devours TPC River Highlands, contending here even when his form heading into the tournament has been a bit shaky. This year, however, he comes in on the heels of a T14 at last week’s U.S. Open, which included a brilliant Sunday 68, so you would think he’d be full of confidence and positivity. He could really kick-start his summer with a win this week, and he’s more than capable of pulling it off at River Highlands. Sign me up at a price like 56.0.

Brice Garnett (84.0)- This tournament has certainly produced its share of surprise winners over the years, so a journeyman like Garnett breaking through with a victory wouldn’t be too far out of the ordinary. His 5th-place finish in this event last year was proof that he can contend at River Highlands, and in hindsight maybe we should’ve seen it coming, because the course profiles as a perfect fit for Garnett, who isn’t particularly long off the tee but is quite handy around the greens and generally does his best work on bentgrass. He’s only two starts removed from a T15 at the Byron Nelson, where he fired a final-round 64, so his game is in good shape and he’s nice and rested after missing out on all the fun at Brookline. As longshots go, Garnett is a live one this week.