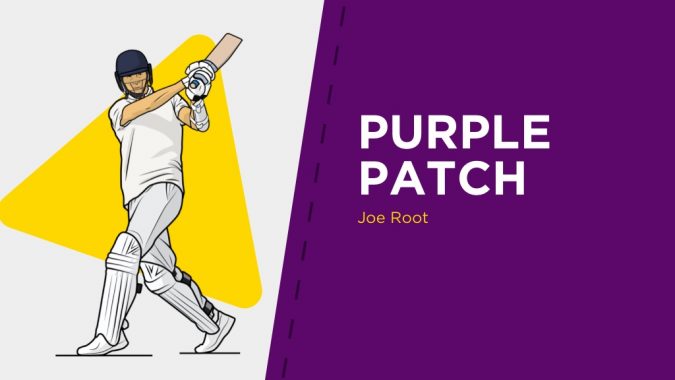 PURPLE PATCH: How the batsman has cemented himself as an England Test Legend

It’s hardly news to anyone that England have been struggling for a while in Test cricket and only last week did they taste victory for the first time since August 2021.

Joe Root was captain for most of this period, and while his form never suffered, he looked a man that had been broken free of responsibility in the first Test against New Zealand at Lord’s last week.

He seemed to hit new heights in the last day of that Test, as he became only the second Englishman to reach 10,000 test runs and did so in exactly the same time as his predecessor Sir Alistair Cook.

An inspired batting performance saw him reach 115* and get England over the line in a fixture that was balanced on the wrong side of a knife edge for large portions of the game. His epic performance saw him equal the record for the quickest time to reach the astonishing 10,000 runs and help England get only their second Test win in 18 fixtures.

In the process, he claimed the first fourth-innings century of his career, a notoriously difficult achievement, and one that earned him the Player of the Match accolade.

In his glittering career so far, he has reached an impressive Test average of 49.57 and made 26 centuries in total, with the promise of plenty more to come.

If that wasn’t enough to show the level of his Purple Patch at the moment, since mid-January 2021 the remainder of the ‘Big Four’, which includes Virat Kohli, Kane Williamson, and Steve Smith, have a combined total of zero centuries compared to Root’s spectacular nine.

Without the burden of captaincy, he looks to have plenty left in the tank to chase the most England test runs of all time.