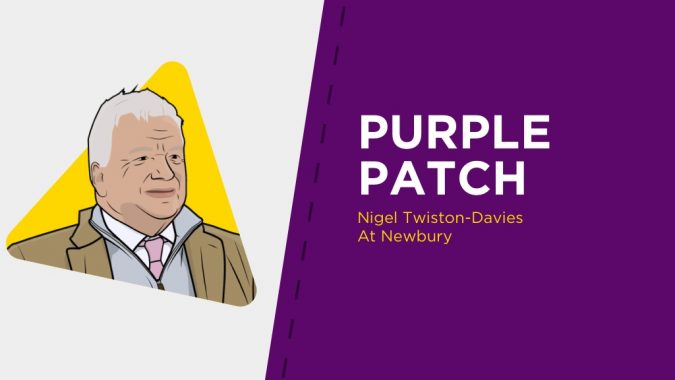 PURPLE PATCH: This Saturday’s feature at Newbury is a race the Gloucestershire trainer has made his own.

There are few better trainers than Nigel Twiston-Davies when it comes to preparing a horse for a big handicap, and no one has a better record in Saturday’s main event at Newbury.

In the last 10 years he has won the race three times, with Splash Of Ginge in 2014, Ballyandy in 2017 and then Al Dancer two years later.

Even more impressive is the fact he’s only fielded on average one runner in each of the last 10 years, meaning his strike rate in the race stands at a seriously impressive 33%.

It gets better too as a further two of those runners have placed, making for a win and place rate of 50% – some going in a race that is widely considered to be one of the most competitive handicap hurdles of the season.

Those figures are buoyed somewhat by Splash Of Ginge winning at 33/1 (34.0), while both Ballyandy and Al Dancer returned as favourite.

I Like To Move It is likely to be nearer the head of the market on Saturday, but punters in search of a winner could do a lot worse than look to Nigel Twiston-Davies’ runner in the feature.