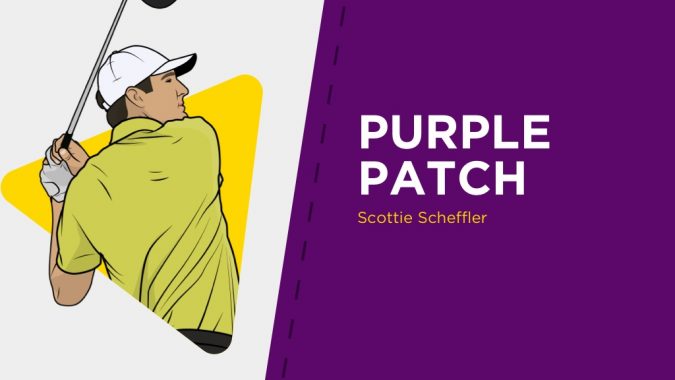 PURPLE PATCH: The 2022 Masters at Augusta is almost upon us and one of the favourites to win will undoubtedly be new World No.1 Scottie Scheffler, who’s form cannot be ignored.

It’s already been a brilliant 2021/2022 on the PGA Tour for Scottie Scheffler.

The Texan won his first PGA Tour event in February when edging out Patrick Cantlay in a play-off at the WM Phoenix Open and followed up by winning the Arnold Palmer Invitational and the WGC-Dell Technologies Match Play in quick succession this month.

In doing so he became the youngest winner of a Match Play tournament at 25-years-old.

Along with those three victories, Scheffler achieved a further three top 10 finishes towards the end of last year.

He has also made 11 of 12 cuts this season so far in a run of form that has seen him rise from 23rd in the rankings to claim the top spot from long-time world number one Jon Rahm.

He will now carry that title heading into the first Major of the season – the Masters.

Scheffler has only contested the tournament from Augusta National twice before and performed with credit both times, finishing T19 in 2020, before going one place better last year.

With £5,622,083 in prize money already in the bank this season, Scheffler will be hoping to add the £1.5 million top prize to that total next week, and more importantly pull on that famous green jacket for the first time.