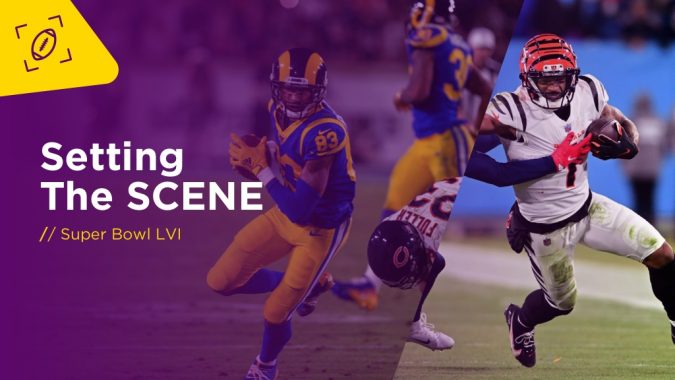 SETTING THE SCENE: All the key facts and figures ahead of the finale of the NFL season

Another Super Bowl Sunday is nearly upon us, as the Los Angeles Rams get set to face off with the Cincinnati Bengals in the SoFi Stadium, California at Super Bowl LVI.

This year features two surprise packages, as both teams have only one Super Bowl win between them – when the Rams claimed victory in 1999. The Bengals have made only two previous Super Bowl appearances, in 1981 and 1988.

It’s fair to say that both teams have a way to go if they want to match the New England Patriots and Pittsburgh Steelers, who share the record for most Super Bowl wins with six.

A record no team is looking to match is one held jointly by the Buffalo Bills and Minnesota Vikings, who have both appeared in four Super Bowl finals without a win.

Cincinnati are sure to be throwing everything at the chance to win their first Super Bowl, but if they are to come unstuck it would leave them one loss behind the Vikings and the Bills.

Most players in both squads will be chasing their first Super Bowl ring, but in line backer, Von Miller, and running back Sony Michel, the Rams have two players who have already tasted Super Bowl glory.

Legendary quarterback Tom Brady, who recently announced his retirement, is comfortably the player with most Super Bowl rings to his name, having won six with the New England Patriots, before adding a final ring last season with the Tampa Bay Buccaneers.

Only Brady provided more passing touchdowns than Rams quarterback Matthew Stafford this season and he could prove to be the difference between the two sides.

He might struggle to be as influential as the Patriot’s James White however, who scored three touchdowns and a total of 20 points in their 2017 Super Bowl win over the Atalanta Falcons – the most by a single player in Super Bowl history.

There have been plenty of high scoring Super Bowls in recent times, but 1995 clash between the San Francisco 49ers and the San Diego Chargers still holds the record, with a total of 75 points scored in a frenetic match. The contest ended 49 – 26 on favour of the 49ers.

The Rams have been involved in a moment of Super Bowl history already when they took part in the 1980 final, which saw a record attendance of 103,985 as fans crammed into the Rose Bowl to watch their match against the Steelers.

As it has worked out Los Angeles have home advantage, with their home ground – the 100,240 capacity SoFi Stadium – chosen beforehand to host Super Bowl LVI.

Can they make it count against the Bengals or will the Ohio side prove to have too much bite for their opponents and land a first Super Bowl?