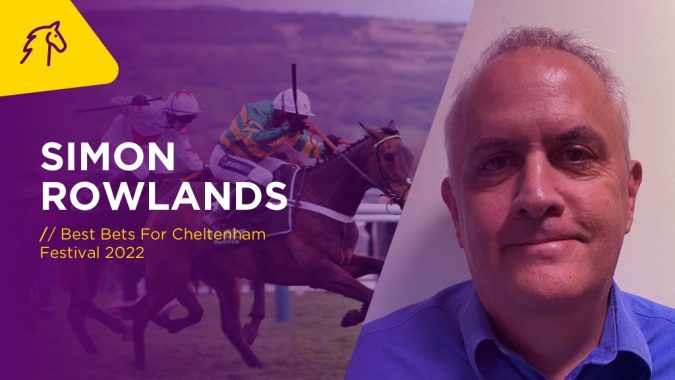 In most respects, I do not change my approach to analysis and betting for Cheltenham. But others do, and, ultimately, others are who you win your money from or lose it to.

The horse racing public will have been weighing up the strengths and weaknesses of the main contenders for months now. That in itself can lead to entrenched views where Cheltenham is concerned.

It can be difficult to revise strongly held opinions formed well in advance of the day, when greater open-mindedness and more agility is really called for. This is not football: you do not need to “have a team”, or support a horse, through thick and thin!

My approach is highly number-orientated. I rate every performance using form – the bare result, including weights carried and margins – overall time and, where possible, sectionals. Sectional times tell you what the effect of pace was on a result, and can assist greatly in evaluating performances involving small numbers of finishers and/or wide margins, which happens often in jumps racing.

All these initial assessments get modified in the light of subsequent events, as an initial rating gets tested against reality and is made to look better or worse than first thought. Come the day, I convert these ratings, contextualised with a few other elements, into an odds line that I am prepared to back or lay around.

I have made various commitments – ante-post bets – of my own on Cheltenham 2022 already, which to a large degree I am obliged to do when advising people about the significance of results in the months leading up to the Festival. The important thing is not to let those sway me too much come the day.

There have been some good ones, like EDWARDSTONE at 13.0 for an Arkle Chase for which he is now favourite, some not-so-good ones (Iceo for the Triumph Hurdle and Monmiral for the Champion Hurdle, anyone?!), and several that come somewhere in between. I will mention just the ones I am still keen on.

Monmiral may have proved a dud for the Champion Hurdle on Tuesday, but I am on TEAHUPOO in the same race at just under 12.0 and think he has a live chance of dethroning Honeysuckle, especially if the ground is testing.

I got on CONSTITUTION HILL at average odds of 5.3 for the Supreme Novices’ Hurdle after he posted scintillating sectionals on his Sandown debut, but have since seen the meeting’s opener become more and more competitive and am now at least as heavily invested in KILCRUIT at average odds of 15.5.

ENERGUMENE is carrying my money at 4.6, which is pretty much what he still is, for the Queen Mother Champion Chase on Wednesday. There is precious little between him and Shishkin on the course and on the figures, but more than there should be in the betting, in my opinion.

I was patting myself on the back for lumping on AMERICAN MIKE at 8.0 for the Champion Bumper later on Wednesday, and he is almost half that price now. But Facile Vega did look to achieve even more subsequently and is a worthy favourite.

I put up BRAVEMANSGAME (win only) when he was around 3.5 in Wednesday’ Brown Advisory Novices’ Chase and L’HOMME PRESSE (win and place) when he was around 5.0 in Thursday’s Turners Novices’ Chase in my At The Races column, only to find that the major danger Galopin Des Champs may be rerouted from the former to the latter race. Good news in one respect, but not in the other!

HILLCREST is my idea of the likeliest winner of the Albert Bartlett Novices’ Hurdle on Friday, following a stellar time and sectional performance when winning at Haydock recently, after which he was around 7.0. But any investment decisions need to take into account the possibility that he will not run.

A PLUS TARD has strong claims for a repeat win in the Cheltenham Gold Cup on Friday, and is carrying my money accordingly at 4.6, which is pretty much what he can still be backed at. The Savills Chase in which he was beaten narrowly by Galvin was run in a stop-start manner which resulted in him running several lengths below his brilliant best.

There may well be other bets to be struck in those and other non-handicap races nearer the time, but at least as much of my focus hereafter will be on the handicaps, weights for which have just come out.

Anyone compiling ratings on British and Irish jumpers must realise that there is an offset between the official figures in the two jurisdictions. By my calculation, a hurdler rated, say, 130 in Ireland is equal to one rated 135 in Britain, and a chaser rated the same is equivalent to one rated 133 in Britain.

But each case needs to be looked at individually, not least because some of the Irish-trained contenders find even more improvement for the big occasion!

I expect Ireland to be in the ascendancy again at Cheltenham this year given its firepower but there should be more parity in the handicaps now that appropriate steps have been taken. 18-10 would be my prediction in the Prestbury Cup, compared to the 23-5 drubbing 12 months ago.

The following are four handicappers I am interested in after a quick sweep of those weights.

FOREVER BLESSED is well-in in the Boodles Juvenile on Tuesday off a mark of 124, having scooted up at Sandown then been nearly put through the rail at Chepstow in a race in which he went off favourite ahead of 140-rated Triumph hope Porticello. I AM MAXIMUS has a gift of a mark of 134 in the Coral Cup on Wednesday, having pushed Hillcrest quite close at this course, though may not make the cut.

ADAMANTLY CHOSEN has a choice of engagements but is perhaps most appealing in the Festival’s finale on Friday, the Martin Pipe. DIOL KER is a maiden over fences but was a smart staying hurdler on his day and could be best suited to the Fulke Walwyn Kim Muir on the Thursday.

Betting on BETDAQ need not be constrained to being “with” a horse, of course. BURNING VICTORY has not achieved a great deal this season, despite a win last time, and looks a potential place lay if turning up in the Mares’ Hurdle on the opening day. It may seem heretical but I reckon BOB OLINGER still has something to prove as a chaser and is a potential win lay at short odds in either the Brown Advisory on Wednesday or the Turners on Thursday.

Exactly which horse will run in which race will become clear at the time, as will the state of the ground and the current form of the various trainers. Remember to remain responsive to any changing circumstances, remember to bet responsibly, and, last but not least, remember to enjoy the occasion if at all possible, for there is nothing quite like it in the world of horseracing.