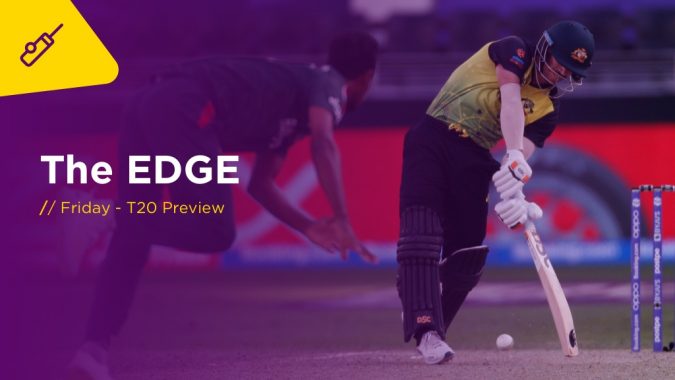 India came roaring back into the series on Tuesday, and if they win on Friday in Rajkot that will set up a series decider! Whatever happens, I’m sure the last two T20’s will be packed with in-running drama on Betdaq Betting Exchange. This has already been a brilliant series. The Indian bowlers finally arrived when bowling South Africa out for 131 chasing 179/5. At the innings break, it might have seemed India could be a few runs short because they did look good for 200 during their innings, but nobody got going for South Africa and India trained home. I said in my preview of the 3rd T20 that South Africa put immense pressure on the Indian bowlers in the opening two T20’s and they had no answers. The South Africa batters just didn’t get going this time.

We should have different conditions in Rajkot, however with India have more success on “tougher” surfaces, I’m sure they will request some spin in the wicket. The final T20, which could be a series decider, will be in Bangalore which we all know from the IPL is a very high scoring ground. This ground also has reasonably small boundaries, so I would suggest we’ll see plenty of sixes today. The India batting looks very solid, you couldn’t really fault it over the first three games and obviously the bowling has leaked runs at times. A series win in India would be absolutely huge for South Africa, to go 2-0 up and lose 3-2 would break their heart I’m sure but we have saw that they can really compete with this Indian side and we should have another close game.

From an Indian point of view, the 3rd T20 was absolutely perfect. They won’t want to change anything, but obviously there is always room for improvement in the bowling. For South Africa, although it was a heavy defeat on Tuesday I don’t think they should change. The batters need to keep attacking this Indian bowling – they will lose wickets along the way but once someone gets in they can really cash in on runs and possibly win the game. Another fascinating game awaits.

Rajkot is another ground that was hit by Covid19 so we don’t have much recent ground data to go off. The last T20 International here was in 2019, and although we have had IPL games here too they were a couple of years away too. Nevertheless, the last score here was from Bangladesh who posted 153/6 and then India chased it down in 15.4 overs. There’s a gulf in class between those sides however, and it was years ago. As I said above, the boundaries are reasonably small here so I would expect sixes and that will increase the scoring. I would be a little worried about the Indian camp asking for some spin, but if we have a good batting wicket I wouldn’t be surprised to see 200 chased down to be honest.

India bounced back into the series but I feel the market has overreacted. The 1.65 on India looks very short here – as we have saw over the first three games there really isn’t much between the sides here. I fully expect a closer game than those odds suggest, and from a value point of view I’m very happy to side with South Africa at 2.46. South Africa have shown that they can mix it with India, and as I said above I don’t think they should change tactics. I still feel that if they keep attacking they can put this Indian bowling under immense pressure, and this ground should help that style of play too. It would be great to head to a series decider in Bangalore because that is a fantastic ground, but betting is all about value and I feel the 2.46 on South Africa is too big to ignore.

The Edge Says:
One point win South Africa to beat India at 2.46 with BETDAQ Exchange.

I know I have said this about some recent T20’s in this series, but it is really hard to form a proper in-running strategy here without much recent ground data. As I said the last International T20 here was in 2019, and that was a game with a big gulf in class between Bangladesh and India. Sometimes the best trade is no trade, and the best in-running advice here is to wait and see what conditions are like in the opening three overs. If we get a pretty flat pitch, I would focus on looking for trades on the batting side and I would definitely favour the chasing side here too. I wouldn’t stay on the bowling side for long at this ground, but then again I must stress it’s been a while since we had cricket here so who knows what conditions we will get.