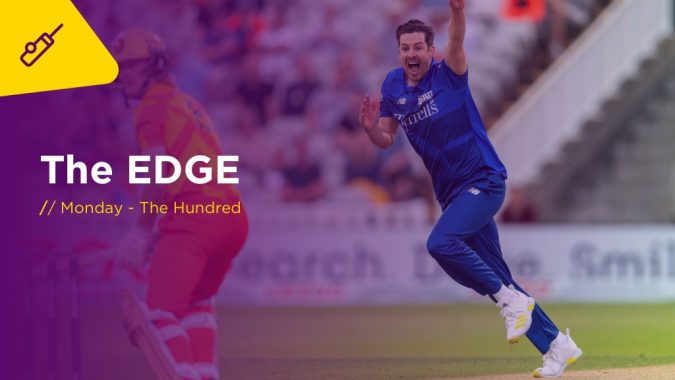 Lord’s is the perfect place to kick off a new week of Hundred action on BETDAQ Betting Exchange! London Spirit host Manchester Originals after different results for both sides in their opening games last week. After a terrible season last year, London Spirit got off to a winning start in just the second game of the tournament, while Manchester Originals were beaten at home by Northern Superchargers. It was nice to land a decent bet at the odds against Manchester Originals and you’d have to worry for them in the sense that Joe Buttler scored 50+ and Andre Russell finished not out but they still got beaten.

When I look at the Manchester Originals squad, and this is probably harsh on Phil Salt as opener, but outside of Jose Buttler and Andre Russell there’s nobody to be afraid of really. If those two don’t fire then they are in big trouble in my opinion. Possibly most concerning is they played very well in the opening game but still got beaten. For London Spirit, they will be hoping for more of the same. It was a nice boost for their bowlers to defend but they did have a superb start – they had Oval Invincibles 12/4 and still conceded 168 runs in the end. That has to be a worry, but Eoin Morgan will be delighted with his 47 runs off 29 balls. I’d imagine retiring from International cricket has lifted a weight off his shoulders.

This should be a fascinating match to be honest. Both sides have their flaws, but both can improve too. Glenn Maxwell and Kieron Polland never got going for London Spirit in their opening game and they still managed 171. Although the Hundred is all about runs and big sixes, I can’t see Lord’s bringing in the ropes “just for fun” it is the home of cricket!

This is the first Hundred game here of the season, so in that sense I would go into the game with an open mind on scoring. We had five games here last season but one was a washout. From the other four games the first inning scores in order of games played were; 123/4 (won), 145/6 (won), 155/3 (won) and 168/5 (won). Lord’s isn’t a huge scoring ground – as I said above they just won’t bring in the ropes for the sake of it. It’s probably fair to say the members probably don’t even like the Hundred! It was a big edge to bat first last summer clearly, but I wouldn’t really jump in with that here – however that being said you would definitely lean towards batting first – just don’t assume it’s “bat first, and win the game.”

As you would expect, we have a reasonably close market here. It would be hard to make the case of either side being shorter than 1.9 here. I still feel the market is wrong here having Manchester Originals as short as 1.92. As I said above, both sides have their flaws but I believe the biggest flaw here is what happens if Buttler and Russell both fail? I can see Manchester Originals in massive trouble then, and I just feel London Spirit should be slight favourites here. Maxwell and Pollard can improve from the opening game too – although I am slightly worried about the bowling so I am going to keep stakes small.

The Edge Says:
One point win London Spirit to beat Manchester Originals at 2.04 with Betdaq Exchange.

As you saw with the ground data from last season, batting first was a big edge. I wouldn’t massively read into that because we did see some low scores, but keep it in mind. When I look at both bowling line-ups here I do see issues – if batting conditions are good I think we’ll see high scores and then you want to focus on looking for trades on both sides while batting. Although the ECB might be asking for good wickets, Lord’s is a ground that will do their own thing too – I’d be keen to take on both bowling line-ups anyway, with a slight edge towards the London Spirit batting.