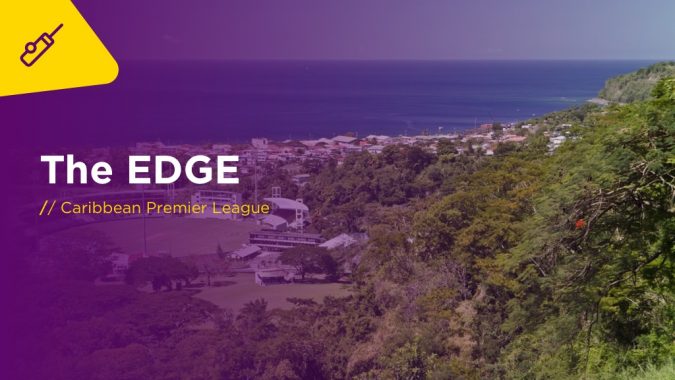 After a day off, the Caribbean Premier League rolls back into a massive weekend on BETDAQ Betting Exchange. Jamaica Tallawahs take on Trinbago Knight Riders to kick the action off on Saturday afternoon in St Lucia. When you look at the table you can see this is a pretty important game. Barbados Royals made it four from four this week so far, and they are now four points clear at the top of the table. It’s highly likely that they will stay there – they look exceptionally strong and their international stars are working well with the domestic players. That leaves a big battle for second and third spots which these two sides are in the mix for.

Jamaica Tallawahs currently sit in second with two wins from three games, but they would have been bitterly disappointed to lose to St Lucia Kings in their last game. St Lucia Kings looked like the whipping boys of the tournament in the early stages, and Jamaica would have went into that game as heavy favourites. Their bowling let them down because 163/8 looked a reasonable score. They had them 34/3 and then 75/5 but they let the tail hit three sixes and get the St Lucia Kings over the line. A little worrying that the bowling crumbled under the pressure to be honest.

Trinbago have an exceptionally strong domestic squad, but they lost out to Barbados Royals in their game here this week. They also had one game rained off so it’s a little too early to judge them. Given their wealth of talent for West Indies they will likely go into every game as favourites.

We move to Gros Islet on Wednesday and to be honest we went into that game without much information about what kind of score to expect. Given the Covid19 situation we hadn’t seen CPL cricket here for a number of years. It’s nice to be back though, and so far the first inning scores have been; 194/4 (won), 163/8 (chased), 162/6 (chased) and 169/6 (chased). As you can see the scoring has been very good. The 194/4 was won on D/L too so with rain around maybe that wasn’t a true reflection of conditions. In the last game here on Friday the 169/6 was chased down with nine balls to spare. It looks like the side batting first should be aiming for 185+ here, and I would suggest bowling first if you won the toss.

We landed a nice bet against Trinbago Knight Riders this week and we have very similar odds again here. Trinbago are currently trading 1.55 and that looks much too short. I know they have a very strong squad – indeed they probably the best players from the West Indies – but they do have bowling issues as we saw in their last game. Jamaica have been a reasonably solid side in their games so far in the tournament and I just expect a closer game than the odds suggest. We could easily see Jamaica get a little advantage with winning the toss and bowling first too; and I’m very happy to have a small bet at nice odds against Trinbago again.

Scoring has been very good here, so I would definitely lean towards both batting sides when looking for trades. Trinbago conceded the biggest score here too, close to 200. Given the amount of rain around the West Indies recently, I would also keep an eye on the radar to see do any trades pop up from that. From the opening games here, it looks like bowling first is an advantage but that doesn’t mean we’ll see a low score – I wouldn’t even be surprised to see 180 chased here to be honest. Batting wise, there’s no body I majorly want to take on so I feel getting on the chasing side at the inning break or coming to the end of the first innings will offer the best in-play trade here.