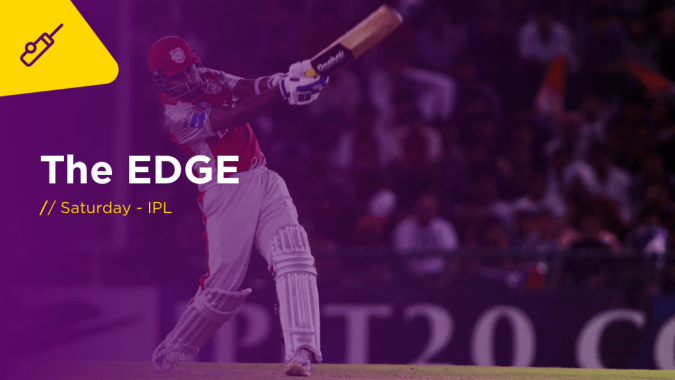 We have another huge double header at the Indian Premier League on Saturday on BETDAQ Betting Exchange! There’s no doubt that there will be plenty of drama as we are into the second half of the tournament now, but I’m happy to focus on the second game today as Mumbai Indians search for their first win of the tournament against Rajasthan Royals. It’s hard to believe we are now eight games in the IPL this season for every team and Mumbai have yet to win a game. Given they are the most successful side in IPL history, I doubt anyone would believe you if they haven’t seen just how poor they have been for themselves. This season Mumbai got the auction wrong, and it’s showing on the field.

Their batting has been average, but it has been their bowling which has really cost them. They have gone around the park basically, there seems to be no natural leader in the attack – you would think this would be Jasprit Bumrah but he just hasn’t stepped up and he has no support either. They have a major issue stopping runs in the middle overs, and if Rajasthan get going today they will do serious damage. Jos Buttler has been in superb form for Rajasthan and he has lead the scoring at the top of the order. If he gets through the new ball again here it’s actually hard to see how Mumbai will get him out given their limited attack!

It’s been quite the turnaround for Rajasthan this season and it looks like they could easily finish in the top two this season. They were very poor last year, but they were unlucky with the way things worked out with injuries and then Buttler opting out of the UAE leg of the tournament. Mumbai fans will surely think they can’t go nine and 0, but Rajasthan do look the team to be on here!

We’re back at the DY Patil Stadium today for the first time in a few days. Apart from KKR getting bowled out for 128 here earlier in the tournament, scoring has been pretty consistent. We’ve had two scores of 200+ in the 13 games here, but it seems we have settled at a par score of around 160 over the last four games. 156/9 was defended here in the last game, and I think it’s slowly becoming an edge to bat first here. Of course, we can get a heavy dew and that means it’s difficult to defend, but with the scoring reasonably high if we do get dew the side chasing will be looking at a big score too. I don’t think there’s a question what to do at the toss!

Eventually Mumbai are going to win a game, in sport losing runs like this have to stop sometime! I can see a lot of punters backing Mumbai for that reason, but that to me is the only reason, and it’s not a good reason to have a bet. Rajasthan have been the much better side here and they look good value at 1.85. They have a much better batting line-up, and while I wouldn’t be a major fan of the Rajasthan bowling they have been better than Mumbai in that department too. This Rajasthan batting can do serious damage if they see off the new ball because Mumbai lack a strike bowler in the middle overs. If we had dew for the first innings and Rajasthan bat, I wouldn’t be surprised to see another score of 200 or more.

There’s a couple of points to discuss here, and making sure things work out right. While I do feel that batting first provides a little edge, I wouldn’t feel confident on this Mumbai batting – they have been average and Rohit Sharma has been struggling for confidence. In an ideal world, Rajasthan would bat first – we could support their batting and also get against the Mumbai bowling while getting that little edge in conditions. I definitely want to take on the Mumbai bowling here, but of course we want to be careful to do it at the right time. If we do get a heavy dew, we could also see Mumbai score a pretty big score in the first innings but I would also love to back Rajasthan chasing 180+ if there is dew – especially with the Mumbai bowling being so limited.