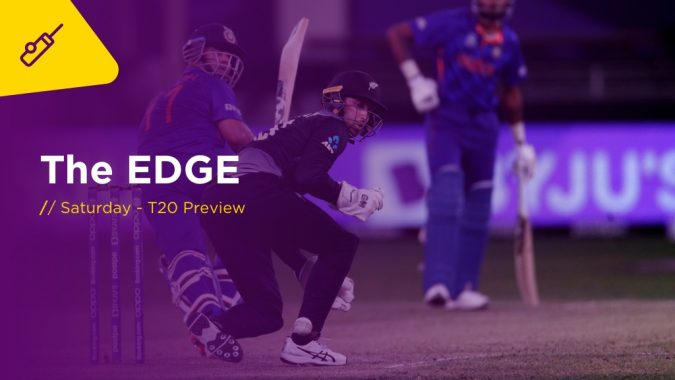 THE EDGE: Our cricket tipster The Edge previews Saturday’s final day in the T20 Blast with recommended BETDAQ bets.

It’s fast, it’s furious, it can only be T20 Blast Finals Day at Edgbaston! It wasn’t so long ago that Finals Day moved around the country, but Edgbaston has made such a success of it in recent years that it seems mad to think that we would have it anywhere else now. This will be the 10th year in a row! We have an action packed day ahead on Betdaq Betting Exchange, starting with Yorkshire and Lancashire before Hampshire and Somerset clash later in the day. There was plenty of drama in the Quarter-Finals, even after all the outcry that we had to enjoy it without most of the England players – there can be no excuses today however, it should be a fantastic day.

Yorkshire were involved in the most dramatic Quarter-Final. They post 160/5 at The Oval which looked like a pretty “chasable” target at the innings break but they managed to hold Surrey to 159/7 for a famous win. The Lancashire route here couldn’t have been any more different – they chased down 161/5 from Essex is just 15.4 overs! Both these sides were in the same Group for the Group stage, and Lancashire finished ahead of Yorkshire by four points. Lancashire beat them in June, but the sides had a dramatic tied game to start the season back in May. That was actually a really good game with both sides getting 183 runs.

You’d imagine the England players will have a major impact on this game, and Yorkshire at full strength look like a much stronger side to me. I know Lancashire have Liam Livingstone and Joe Buttler, but so much depends on what the ECB decide. Apparently the party line is that they are being “flexible” with player availability. What they means is anyone’s guess, but I would suggest the major England players who are involved on Sunday against India might not play. Definitely an “interesting” situation betting wise, but I do feel it’s unfair to not let the England players play, if that’s the route the ECB go down.

We’ve had some crazy scores at Edgbaston in the T20 Blast this season, and I would expect pretty good batting conditions here. We’ve had some high scores, with 228/8 being the highest but we have also had a collapse for 101 all out! Finals Day is such an interesting day though, we might have early movement with the early start that we won’t have in the second game, and then everything changes again when the lights start to take effect in the Final later in the night. Everyone knows there’s a heatwave in the UK at the moment and conditions are set to be perfect on Saturday – it’s actually a little lucky because from Sunday it’s hitting 30+ degrees which might be uncomfortable sitting in the stands all day – Saturday looks to be perfect sitting in the 25’s at the moment.

I’m going to keep stakes as low as possible heading into the first game because as I type we still don’t know the situation with the England players. They will have a massive impact on this game – Joe Buttler and Liam Livingstone would make a huge impact for Lancashire and then you have Joe Root and Jonny Bairstow for Yorkshire plus others. I wouldn’t be surprised if England allowed the likes of David Willey play for Yorkshire and Phil Salt play for Lancashire but let’s wait and see. If the ECB let all the England players play, then I would suggest Yorkshire have an excellent squad. It is tricky to call this one, but I feel England won’t allow the England players to play, and even though Lancashire lose two huge games I feel they still have better batting options than Yorkshire. I’m happy with a small investment at 1.87.

The Edge Says:
One point win Lancashire to beat Yorkshire at 1.87 with Betdaq Exchange.

We’ve had quite a range of scores at Edgbaston this season, so I wouldn’t be overly confident on batting or bowling first. A lot would depend on the overhead conditions at the toss, it’s meant to be a lovely day but if there is some early cloud I would opt to bowl – in that sense I wouldn’t be rushing to get on the side who bats first. However, we have had some very high scores here this season and I would expect the batting side to do well in general all day. I’d be keen to take on the Yorkshire middle order however if the England players didn’t play because they look pretty weak on paper. It’s hard to fully commit to an in-running strategy until we see the teams for this game. Buttler hasn’t been scoring runs in the India series, and he could easily be worth taking on if he plays – he tends to go on these fantastic runs, but at the moment he is struggling for runs.

Hampshire take on Somerset in the second Semi-Final, and it’s fair to say that Hampshire will be hoping that the ECB decide not to let the England players play. They have no big England star in their 15-man squad, but in fairness Somerset only have Craig Overton so it would have a bigger impact on the Final, for whoever makes it from this Semi-Final, rather than this game! Just like the first Semi-Final, both of these sides come from the same Group. Somerset finish second and Hampshire fourth in the South Group – there was a clear top four in that Group, and there was only two points between them after 14 games.

Somerset finished the Group stage very strongly, and they had a huge win in the Quarter-Final. They won by a remarkable 191 runs – I actually can’t remember a bigger win than that in T20 history. I know Taunton is a small ground with a good wicket, but Somerset put up 265/5 and then bowled out Derbyshire for 74 – incredible. Somerset always play their cricket on a very good batting wicket, but they do have good openers and a solid middle order this season.

Hampshire also finished the Group stage in fantastic form – they won their last four games, including a meeting with Somerset by 14 runs. They also had a massive win in their Quarter-Final, beating Birmingham Bears by 104 who were a very impressive side in the Group stage. They finished top of the North Group with a very good net run rate. Hampshire have only lost once in their last 11 games – they did lose their first four of the competition so to bounce back was very impressive – those four losses included a loss to Somerset too. This should be a cracking game to be fair, and it should be an even one too.

As I said above, conditions change a lot during the day at Finals Day. The obvious thing to do here is to “look at the first game and see what is par” but I don’t think that’s the right thing to do here. For starters, there might be cloud cover in the early morning and conditions might be more sunny in the afternoon – I feel the best guide might be the second innings of the first game to decide on conditions here. If they chase the target down easily, then expect a higher score in the second innings. We know all about the Final Day nerves too, so I would be surprised if we saw some massive scores despite good batting conditions.

At the start of the season, these two sides didn’t have a fantastic side on paper but they are always close to getting to Finals Day. Hampshire are Finals Day regulars after all – they have lost their last five Semi-Finals here which must hurt though. These two bring superb momentum and confidence into this game though. Once again I’m happy to keep stakes low before the off, and while I expect a very close game I’m happy to side with Hampshire at the odds. There really isn’t much between the sides, so the 2.1 appeals at the value bet. I know Somerset have some excellent batters but Hampshire are an excellent “team” where everyone knows their role in the side. I’d have the sides both 2.0 to be honest.

The Edge Says:
One point win Hampshire to beat Somerset at 2.0 with Betdaq Exchange.

During and after the first game of the day, you should be thinking about the in-running strategy for this game. It’s not often we see two games on the same wicket on the same day, and we can learn from conditions. If they first game is high scoring for example, we can set up for trades on the batting side here. I wouldn’t expect conditions to get worse to be honest – this game should have ideal conditions to be honest in the afternoon. With that in mind, I wouldn’t want to be on the bowling side for long. Although I picked Hampshire as my bet from a value point of view – that top four in the batting for Somerset look like a decent trade.