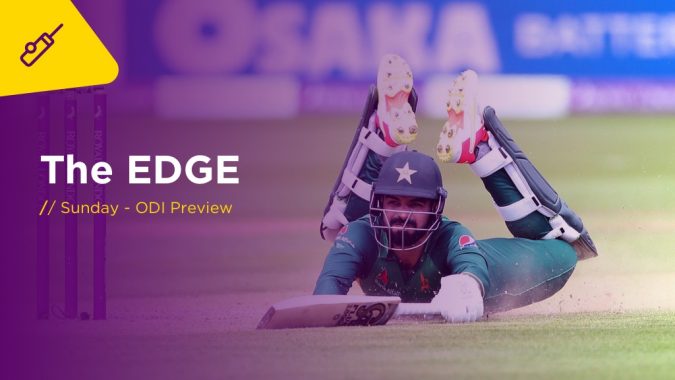 We have a massive series decider between England and South Africa on Betdaq Betting Exchange on Sunday! We’ve had two very different games so far this series – South Africa blasted their way to a high score in the 1st ODI, and then collapsed all out for 83 in the 2nd ODI. You can say anything you want about this England side, the thing is they are never involved in dull games! This should be a cracker, and we should have an excellent atmosphere at Headingley too.

Despite the superb bowling performance from England on Friday, the jury is still out on their batting. The weather had a big impact on Friday as we were reduced down to a 29 over game but England were still bowled out within the overs for 201. They just haven’t fired with the bat lately, but obviously the fantastic bowling has been winning games for them. Although not as dramatic, they knocked India over for their win in that ODI series. Nevertheless, they still lost that series and a loss here would mean back-to-back series losses for the World Cup Champions.

The collapse for 83 will almost certainly knock the confidence of this South African side, but it goes without saying that they can only get better. They found themselves 6/4 and when you’re in that situation you’re very close to losing any game regardless of the score your chasing. I have to say we have a fascinating game ahead here – probably more pressure on England to win too given not many would have expected them to lose this series.

The sides will be hoping for better weather on Sunday, but the forecast does look “dodgy” at the moment. This is very much a “keep an eye on the radar” game – at the time of writing there is an 80% chance of rain on the day, but it doesn’t look to be getting to Leeds until around 1pm. That situation can change quickly however. With rain around, it’s a no brainer to bowl first. I just hope we don’t have a situation where we get all the 50 overs in from the first innings and then don’t see much of the second innings. Whatever happens anyway, the weather will have a big impact on this game.

We’re onto the 3rd ODI now and so much has happened in the two games, yet the odds haven’t really changed. England have traded within four to five ticks pre-off for all three games ranging from 1.59 to 1.64. They are back to 1.59 today, as you would expect really given the South African batting performance. You wouldn’t be taking a large position on this game pre-off given the weather, however I’m happy to back South Africa again at the odds. We have had one winner and one loser, but we’re coming ahead of the series in profit at the moment. This is going to be a close game again, and conditions might just decide the winner. Plus the England batting hasn’t really be firing – I’m happy with a small investment on South Africa at 2.62.

The Edge Says:
One point win South Africa to beat England at 2.62 with Betdaq Exchange.

Given the weather forecast, the best in-running strategy here is to keep an eye on the radar and see how that develops. As I said above, it’s a no brainer to bowl first and that should be an edge here – I would expect a good bit of movement off the toss news. With England struggling with the bat, perhaps it could pay to get on South Africa if they bowl first. Other than that, I would just mainly focus on what edges you can get around the weather here – there isn’t any major player I want to take on here; I do believe the England batters aren’t firing at the moment, but that’s as a whole rather than just one out of form!