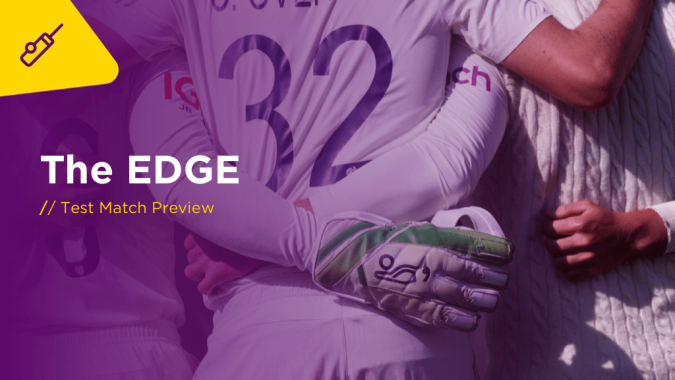 If you were to believe the UK cricket media, England are back to being a poor Test side. One big defeat and all their impressive wins against Test World Champions New Zealand and India are forgotten. Who’d be an England cricketer these days? I doubt they care what the UK cricket media think – Brendon McCullum said England should “go harder” after getting roundly criticised for the way in which they got out in the 1st Test. The thing is; you can’t just pick your opinion based on the result – this is where the media lose the fans I feel. If you’re going to attack, you’re going to have setbacks. Before England won the ODI World Cup; they had plenty of collapses along the way.

With England not backing down, we should have another very entertaining Test match on BETDAQ Betting Exchange. This South African bowling line-up is very dangerous, and England will have to do something to knock them off their line and length. I can’t see England, and McCullum, backing down – I do generally believe this is the way to success for England. Remember how poor they were for the last year? They were in no mans land, losing Test matches against an average West Indies side even. With a tactic to the usual way of doing things, you’re always going to get criticised. Those same journalists will be the first on the bandwagon when they win though.

As I said heading into the 1st Test, South Africa are in a good place at the moment. Their batting still looks weak in my opinion, but compared to a year or two ago this squad are finally coming of age. They still have issues with the politics, and their middle order could be stronger but their bowling is world class. We all know how good England are, but they must find a way to see of this South African attack. The thing is, if they find form they can take on the South African bowlers, but it’s getting there. A saying as old as time in cricket is knock them off their length and line – that’s basically what England need to do. They have the talent.

There has been rain around Manchester this week, so it will be interesting to see the wicket and how it plays early. Given it’s probably been under covers for a good bit of week, I would bowl first. Thankfully the forecast for this Test looks fantastic at the moment – beautiful conditions for cricket with the forecast sitting around 21 degrees each day without rain forecast from Thursday. Manchester is generally a result venue. We had all the drama with India pulling out of the 5th Test with Covid19 here so we actually haven’t had a Test since 2020. However, there’s only been one draw in the last 12 Tests, and the last seven have had a result.

As I highlighted above, Manchester is a result venue and I would be shocked to see a draw here. Especially given the way England are likely to play too. They have had a lot of stick off the media this week, but I don’t see McCullum backing down so he will send his players out to attack, and Stokes is the perfect captain to take up that style too. South Africa will hope their bowling wins the game again but it’s hard to look past England here at 2.1. With the new style of play, England are always going to have blowouts but you can’t let that effect things. In fairness to the market, it has only moved them out a few ticks – that’s largely because of the impressive South African bowling too. England are still the stronger side here – their bowling isn’t far away from the South African level and their batting is much better. They just need to deliver – but I’m happy to take the 2.1.

The Edge Says:
wo points win England to beat South Africa at 2.1 with Betdaq Exchange.

There’s definitely a debate on what is best to do at the toss here, and it will be fascinating to see what the market does. Looking at the stats at Manchester, you definitely want to bat first. Only the last Test saw the side who bowled first win – the six prior saw the team batting first collect the spoils. Generally the Old Trafford wicket gets worse and we see spin. However, this time around we’d had rain over the early part of the week and the wickets been under covers – is it tempting to bowl? It’s definitely interesting to see where the market goes. When we do start, it’s a no brainer to take on the England openers against the South African bowlers with the new ball – but I do feel the England middle order can do well. I’d also be happy taking on the South African mid-to-late order with the bat. We should have plenty of twists and turns in-play here.