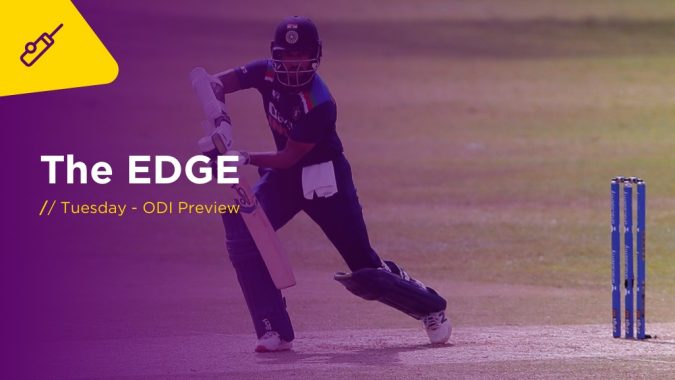 Such is the International schedule for England, we have just one day off between the Indian ODI series and the South African ODI series! Sometimes the general public will moan about players saying that they are tired and that they are well paid to play a sport they love, but this is an exceptionally quick turnaround. Not only that from an England point of view, this is the start of a very long tour for South Africa. It starts on the 19th of July and goes on until the 12th of September! We have three ODI’s, three T20’s, then South Africa play Ireland for two T20’s in the UK and finally we finish with three Tests. Plenty of cricket to enjoy on Betdaq Betting Exchange then!

As you would expect with this kind of schedule, we will see some changes. The biggest news is that Ben Stokes, England’s new Test captain, will be rested for the T20 series here and then also miss the Hundred which is a great shame in my opinion. I know the calendar is packed, but the Hundred is England’s prime competition now – you wouldn’t see any major Indian player miss the IPL and they are a better team for it. Adil Rashid returns for England and Matthew Potts has earned a call-up to the ODI squad. This should be an interesting series – South Africa have a lot of talented cricketers but they aren’t the force of old. They really need their stars to fire these days, and you get the feeling that they are carrying a few team members over recent years. That is always exposed when you meet the top teams.

England come into this series with questions to answer – they’ve just lost the Indian series where they didn’t bat well – but you forget that just last month they set a new record ODI score! As I said above, this is the start of a very long tour where the sides will know each other very well by the end of it. There will be individual battles – batters will struggle with certain bowlers and vice versa. A fast and positive start is more important here than usual.

England move to Chester-le-Street and with the current heatwave in the UK I would expect reasonably good batting conditions. Again, similar thoughts to Old Trafford at the weekend against India – with the heat I would definitely be worried about a little bit of spin in the wicket. We actually saw a very low score here in the last ODI in 2021, but that was Sri Lanka so perhaps we shouldn’t read too much into that. They were bowled out for 185 and England chased it in 34.5 overs. I would keep an open mind on the wicket, and make an assessment early on. If I had to, I’d probably opt to bat first.

This is an interesting market. England are rightly favourites trading around 1.59. It’s hard to make the case that they should be shorter however given their batting displays against India. The reality here however is that we are dealing with a much weaker side than India in South Africa, and there will be plenty of options for England to attack. That being said, I do feel England should be a little higher in the market. There isn’t much in it, but I’m happy to have a small bet on South Africa to start the series at 2.64 or bigger. England’s batters just look out of touch to me at the moment, and they do go through spells like that. The jury is definitely out at the moment, and this just might be a good time to take them on.

The Edge Says:
One point win South Africa to beat England at 2.64 with Betdaq Exchange.

With conditions a little unknown at the Riverside ground, I wouldn’t focus too much on having a set plan here. This is definitely a game where you can let play develop and form an in-running strategy throughout the game. I don’t see an obvious edge to batting or bowling first, and I would be mainly looking to see is there any spin in the wicket. A small edge might be taking on the England batting because they have been short of runs against India recently, but if you see a good wicket you’d want to close out that trade quickly. It paid to take on Virat Kohli in the India series – I don’t see an obvious play like that here, but I’m sure there will be plenty of edges as this long series goes on.