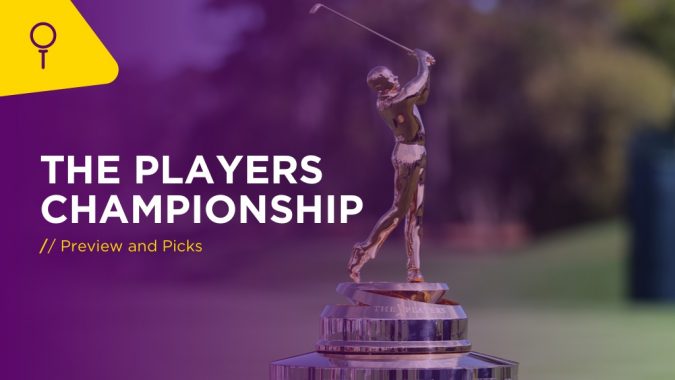 THE PLAYERS: Springtime is here and the meat of the golf season now begins, as 48 of the world’s top 50 players have gathered at Pete Dye’s famed Stadium Course at TPC Sawgrass for the event colloquially known as the sport’s “fifth major”, the Players Championship. This tournament is the PGA Tour’s crown jewel, held just steps from the Tour’s shiny new headquarters in Ponte Vedra Beach, Florida. It generally features both the strongest field and largest purse in professional golf, and this year a record $20 million is up for grabs, with $3.6 million going to the winner.

The stars will be out this week, but the biggest star of all might be the golf course, Dye’s iconic masterpiece which features what is perhaps the most famous hole in the world, the island green par-3 17th. But TPC Sawgrass is much more than one iconic shot; it’s a demanding layout with small targets and harsh penalties, a thorough examination of a player’s game that doesn’t favor any one particular shot-shape or style of play. While visually intimidating off the tee, it’s not particularly long by Tour standards, though finding fairways is critical and precision iron play is required when approaching the firm, segmented Bermuda greens.

Generally regarded as a ball-striker’s layout, TPC Sawgrass has been conquered by a wide variety of characters and styles, everyone from Tiger and Justin Thomas to Fred Funk and Jim Furyk, which is a hallmark of a well-designed course. Thomas is the defending champion but repeating will be a tall task indeed, as no player has ever won back-to-back Players Championships in this tournament’s 48 years of existence. World No. 1 Jon Rahm heads BETDAQ’s Win Market at 13.0, which may seem a bit short considering Rahm has yet to win this season, but his tee-to-green stats continue to be incredible and his steadily improving results in this tournament– MC-63-12-9– suggest that he’ll be in the mix this weekend. Here are three other names who I think may be worth a look:

Collin Morikawa (22.0)- When you think about the ingredients required to succeed at TPC Sawgrass, you think accuracy off the tee, precision with the irons and particularly the short to mid-irons, and a steely nerve, as the Stadium Course certainly features some nervy shots down the stretch. Perhaps no current player better fits the bill for such a course than Morikawa, the machine-like 25-year old with two majors under his belt. He made his tournament debut last year and finished a disappointing 41st, but debutantes rarely fare well at The Players, and that T41 did include a blistering final round 66. As to his current form, he’s coming off a runner-up finish at the Genesis, his fifth consecutive top-10 on the PGA Tour. Morikawa is not being talked about enough in my opinion, but that may change as he pulls away from the field this week.

Joaquin Niemann (60.0)- Niemann topped Morikawa at the Genesis for his second career PGA Tour victory, opening with a 63 and holding off a strong field all week thanks to some brilliant ball-striking and timely made putts. He currently ranks 9th on Tour in strokes gained tee-to-green and 10th in strokes gained around the green, a pretty strong combination and a big reason why Niemann’s stock goes up on difficult, demanding golf courses. With his ball-striking ability and comfort on Bermuda greens– Bermuda has long been his favorite surface– the young Chilean seems like a great fit for TPC Sawgrass, and he played solidly in his tournament debut last year, breaking par on Friday, Saturday, and Sunday to finish T29. At a price like 60.0, Niemann may be the best value on the board this week.

Brian Harman (150.0)- We’ve certainly seen the short-and-straight types win this tournament before– Tim Clark and Fred Funk come to mind– and Harman feels like just the sort of grizzled veteran who might eventually reach the mountaintop of the sport for just one week, be it in a major or a tournament like this.  He’s off to a good start in 2022, making 4 of 5 cuts and cashing sizable checks with a T3 at The American Express and a T14 in Phoenix, and he generally does his best work on the Bermuda-covered courses like TPC Sawgrass, where he’s made a boatload of money in recent years. His record in this event includes three top-10 finishes since 2015, including a T3 last year that earned him a cool $885k. Harman is consistent, tenacious, and he keeps on knocking at the door in this tournament… one of these days, a couple of putts are going to fall and he’s going to walk right through. He’s definitely worth chancing at a price like 150.0.