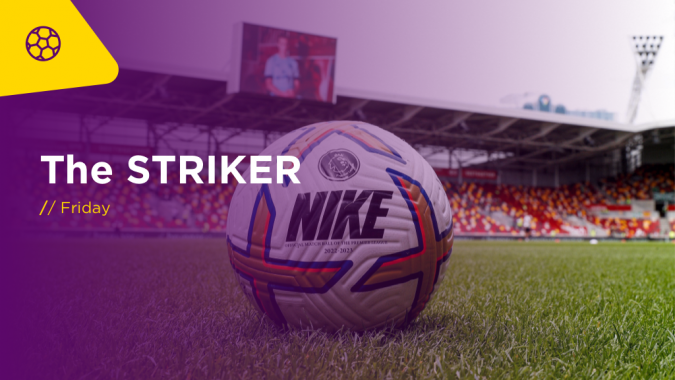 8pm The Premier League is back this week, and we kick off the season with Friday Night Football on BETDAQ Betting Exchange! Crystal Palace host Arsenal in what should be a fascinating betting heat. Arsenal away from home in these type of fixtures is always interesting, and we always have the “are they a back or lay” question around the 2.0 mark. They are trading odds on to win at the time of writing, but they aren’t too far away from 2.0 as they are trading 1.88.

No matter what happens with this game, we will get an overreaction from the fans! If Arsenal win they will be “major Top Four contenders” and if they lose “they’re out of the Top Four race” – the reality is neither is true. This will likely give us a good guide of what to expect from Arsenal this season. I can see Patrick Vierira’s side working very hard and putting Arsenal under a lot of pressure on the ball, and how they cope with that will be very interesting. We all know Arsenal are a little soft under pressure, and if they are really going to take a Top Four spot they need to change that. It’s games like this that will pretty much decide that to be honest because they will likely hammer the lower teams and then get beaten by the top sides.

I know Arsenal fans weren’t happy with last season, I think they are just that type of club, but they took a huge step forward in my opinion. I do feel they will come up short again in the Top Four race, but only because Spurs and Chelsea look so strong. Chelsea haven’t had a great transfer window, so perhaps there is a spot there to edge into fourth. Arsenal have had a pretty good transfer window, and when you look at the Crystal Palace squad you could say they basically have more-or-less the same squad level as last season. They will be hoping to climb up into the top half of the table from 12th last season.

When you look at the home form table from last season, Crystal Palace actually do move up into the top ten – just sneaking into 10th. Arsenal were very solid at home last season, as they always are to be honest, but again dropped down the table away from home. I always feel that backing Arsenal in games like this should come with a wealth warning when they are odds on. I’m happy to open the season with an Arsenal lay at 1.88. Clearly Patrick Vieira will know how to set up his Crystal Palace side to get the best result against Arsenal – I doubt he takes such an interest in any other club given all the success he had as a player at Arsenal – and the 1.88 looks a value lay in my opinion.

Palace were able to get two results against Arsenal last season, winning 3-0 here and drawing 2-2 away from home. If you actually take the last eight meetings in the Premier League between the sides, Arsenal have only managed one win. That’s a remarkable stat; especially given you would say that Arsenal are at a higher level quality wise. I just look at these games and always feel Arsenal will struggle – let’s see are they a changed side this season! It’s great to be back.

You can view all markets here -> https://betdaq.biz/CryArs

● Crystal Palace have lost just one of their last eight Premier League meetings with Arsenal (W2 D5). Following a 3-0 win in April, the Eagles are looking to win consecutive league games against the Gunners for the first time in their history.
● This is the third consecutive season Arsenal are starting their Premier League campaign with a London derby. They won 3-0 at Fulham in 2020-21, before losing 2-0 at Brentford in 2021-22’s season opener.
● Crystal Palace v Arsenal will be the fifth time in top-flight history the season has kicked off on a Friday night, with the home side winning on each of the previous four occasions – Arsenal 4-3 Leicester in 2017-18, Man Utd 2-1 Leicester in 2018-19, Liverpool 4-1 Norwich in 2019-20 and Brentford 2-0 Arsenal last season.
● Crystal Palace have won their opening top-flight league match in only five of their previous 22 seasons (D7 L10), although they have won two of their last four (D1 L1), beating Fulham in 2018-19 and Southampton in 2020-21.
● Arsenal have lost their opening Premier League match in five of their last nine seasons (W4) after losing their first match in just one of their 19 campaigns prior to this run; the Gunners lost 2-0 to Brentford last term.
● Arsenal have had more players sent off in their opening game of a Premier League campaign than any other side (6), most recently Laurent Koscielny against Aston Villa in 2013-14. Crystal Palace have had just one such red card, though this did come against Arsenal on the opening day of the 2014-15 campaign.
● Crystal Palace ended the 2021-22 Premier League campaign unbeaten in six home games (W3 D3), while keeping a clean sheet in each of the last five. The Eagles last had a longer unbeaten home run in the top-flight between March-August 1992, while they’ve never kept six consecutive home clean sheets in the top division.
● None of Arsenal’s last 17 Premier League games has ended level (W11 L6). It’s the longest ongoing run without a draw in the competition among the 20 current sides, while only once have the Gunners had a longer such run (25 between January and October 2018).
● Gabriel Jesus could make his Premier League debut for Arsenal in this game – the Gunners have had more different Brazilian goalscorers than any other side in the competition (11). Meanwhile, the former Man City man has been involved in seven goals in his last seven league games (6 goals, 1 assist).
● Gabriel Magalhães is the only current Arsenal player to have scored for the club in their opening game of a Premier League campaign, netting on his debut at Fulham in 2020-21.