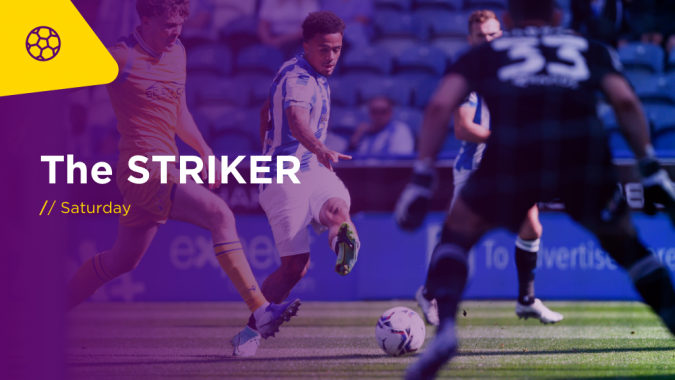 6pm Just the one Premier League game to enjoy this weekend but it doesn’t come much bigger than this in the relegation fight. While the focus for most football fans will be the FA Cup this weekend, Burnley host Watford in a real relegation six pointer! All football bets are 0% Commission on BETDAQ Betting Exchange on Saturday, and we have a very interesting market – I’m sure there will be some big opinions on the prices of each team.

Burnley come into the game as favourites as you would imagine with home advantage. They are currently trading 2.32 at the time of writing, with Watford 3.6 and the draw is 3.3. We have landed some nice bets on the draw in these relegation battles recently, and I’m sure the draw will be a popular bet. It’s been a while since either team recorded a win, hence why they themselves in 19th and 20th.

Burnley are sitting rock bottom and are under immense pressure. However, they had a lot of games postponed due to Covid19. They are two points behind Watford, but have two games in hand, then they are three points behind Newcastle but have three games in hand and finally they are four points behind Norwich but have four games in hand! You might remember we had a similar situation last season in the Bundesliga when Hertha Berlin didn’t play for a while and bottom into the relegation zone but when they played their games in hand they shot up the table. When you consider the situation and the fact this is a home game, it’s really a must win for Burnley.

For Watford, a draw wouldn’t be ideal but it also wouldn’t be the end of the world. They would join Newcastle on 15 points and then be one point behind Norwich with a game in hand. Although Everton are having a terrible season, you have to think we’re dealing with a bottom four. I know Everton are only four points off Newcastle in 18th, but they’ve brought in a new manager and have some games in hand too. Newcastle have spent a lot of money in January, so there’s a huge amount of pressure on this fixture. You have to feel the loser will go down, and the winner has a fighting chance of staying up.

The problem for these two as well is Norwich have won two in a row and are full of confidence, while Newcastle have put together an unbeaten run of three games and have added to the squad in the transfer window. A draw would likely be no good for either side – one wonders will they play like that? The xG table leaves these two in the bottom four, so it’s actually hard to judge them when they meet because they have been so poor against the other sides. The natural thing to do is a small draw bet at the odds in what should be another very close game.

However, this time I’m going to take a chance with Burnley. I feel this game comes at a good time for them, and they are marginally better than Watford in my opinion. I would just have them shorter than the 2.32 – for example Newcastle were trading around 2.16 to beat Watford with home advantage recently. Burnley are unbeaten in their last four home games, including an impressive 3-1 win against Brentford. Prior to that they lost to Arsenal but finished the game with a higher xG figure – and in their only other home loss, they finished with a higher xG against Brighton. Watford might be creating a few chances, but they have been conceding goals for fun this season and there’s a lot pointing to a Burnley win here. They are worth backing at the odds.

You can view all markets here -> https://bit.ly/BDQBurwtf

● Burnley have kept a clean sheet in each of their last three league games against Watford (W2 D1), as many as they’d managed in their previous 20 against the Hornets.
● Watford have won just one of their last 12 away league games against Burnley (D4 L7), winning 3-1 in the Premier League in August 2018.
● This is Burnley’s first Premier League home game in 55 days, since a goalless draw with West Ham on 12th December. Excluding the 2019-20 season and its enforced break, only Southampton have had a longer gap between home games within a single season in the competition (56 days in 2016-17).
● This is the fourth meeting between the bottom two sides in the Premier League this season, and first not to involve Norwich City. The bottom side is unbeaten in all three so far, winning one (Arsenal against Norwich) and drawing the other two (Norwich at Burnley and Newcastle against Norwich).
● Since beating Manchester United 4-1 in November, Watford have taken just one point from their last 24 available in the Premier League (D1 L7), with the Hornets shipping 20 goals in that run.
● Watford have failed to keep a clean sheet in any of their last 30 Premier League games. In the competition’s history, only West Bromwich Albion have had a longer run without a shutout (34 between August 2010 and May 2011).
● Despite sitting bottom of the table, Burnley have conceded fewer goals (27) than any other side currently in the bottom half, albeit also having played fewer games. However, only Norwich (13) have scored fewer goals than the Clarets in the Premier League this term (16).
● Since having nine shots on target in their 3-3 draw with Crystal Palace in November, Burnley have managed just a further nine attempts on target in their six Premier League games combined. The Clarets were averaging 4.1 shots on target per game in their first 12 league games this term, compared to just 1.5 in their last six.
● Burnley have had more 0-0 draws than any other side in the Premier League this season (4), despite not yet playing half of their games. Only in 2014-15 (5) have the Clarets had more goalless draws in a single campaign in the competition.
● Roy Hodgson will be the 11th different manager to take charge of Watford in the Premier League (including caretakers), in what is their 287th game in the competition. Their average of 26 games per manager is the lowest in Premier League history, among teams to have played more than two seasons in the competition.