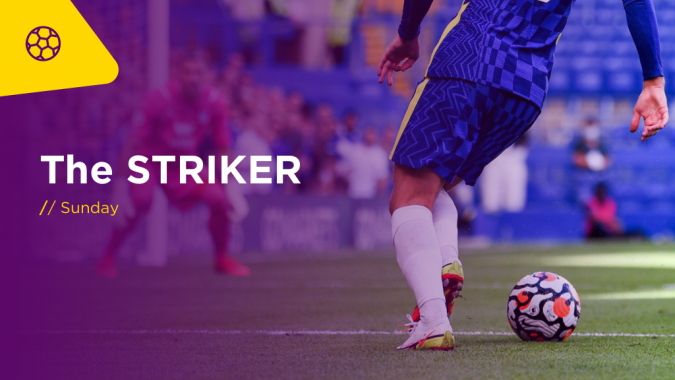 12pm We finish the FA Cup fourth round on Sunday and we have three interesting fixtures to enjoy on BETDAQ Betting Exchange. We have two very short home favourites today and a Premier League side trading around 2.0 away from home. We start early with Liverpool hosting Cardiff and the market can only see an easy home win here with Liverpool trading as short as 1.14 at the time of writing. There’s obviously a big gulf in class here, and it will be interesting to see what XI Jurgen Klopp names because he will likely see this as a good chance to rest some players. After the winter break, I doubt anyone needs a rest but Klopp does tend to give the fringe players a chance in the Cup’s – the team news might see some big movement and that’s something to focus on for traders. Despite what XI Klopp names, it’s hard to see past a Liverpool win here. Cardiff are struggling in the Championship this season and they are only six points off the bottom three. They will likely be OK and avoid relegation, but it’s been a very poor season nonetheless.

Liverpool might be nine point behind Manchester City at the top of the Premier League table already this season, but they have been the best side going forward. Liverpool have created an average xG of 2.7 in the Premier League this season which is incredible given the standard. They have also only conceded a little over 1 which is fantastic when you compare it to their chances. I feel this game is all about how many goals Liverpool score rather than will they win, and given Cardiff have conceded close to two goals per game in the Championship this season – Liverpool can win easily here. The handicap prices are a little tempting, but Liverpool/Liverpool Half-Time/Full-Time really catches my eye at 1.61. If Liverpool are to cover the 2.5 goal handicap, you feel they’ll need an early goal anyway but they can boss this game from early on.

You can view all markets here -> https://bit.ly/BDQLivCad

4pm This should be a cracking fixture, and it’s the highlight of the day from a betting point of view. Arsenal weren’t up to the challenge of Nottingham Forest away from home in the last round, let’s see can Leicester pass the test now. Forest are having a good season in the Championship and they are in the Playoff mix, they did have a big setback at the weekend though with a 2-1 loss away to Cardiff. Considering Cardiff are towards the bottom of the table, that was a very disappointing result and their first setback since they beat Arsenal in the FA Cup. That leaves them in 8th and they have also played one game more than Bournemouth, QPR and Middlesbrough who are all ahead of them in the playoff places so they have a lot of work to do on the run-in this season. Leicester also have a tonne of work to do on the run-in because they have had a very lacklustre season. They sit in 10th in the Premier League and they’re going to miss out on European football next season. They really need a Cup run to brighten their season, especially as defending champions.

I’m sure there will be some big opinions on the Leicester price at 2.02 as backers and layers battle it out to see where the price moves to. Leicester have been very average this season, their place in the Premier League table shows that. However, they did create an xG of 1.92 in the 1-1 draw to Brighton and 1.94 in the 3-2 loss to Spurs. Most of Leicester’s problems have come at the back this season – just look through their xG conceded stats recently and you’ll see figures like 4.68, 2.50, 4.17, 2.23, 2.16 and 3.05. I know they have had a reasonably tough fixture list, but it’s clear they have major issues at the back and that’s why they have dropped down the table. Leicester will likely get the job done here as they can out class Forest, but I believe Forest can score at some stage and Both Teams To Score looks the value call here at 1.75. I can see plenty of goals here.

The Striker Says:
Two points win Both Teams To Score at 1.75 with BETDAQ BETTING EXCHANGE.

You can view all markets here -> https://bit.ly/BDQNotLei

6.30pm We finish the day with a brilliant story as Bournemouth host Boreham Wood. I’m sure 99% of casual football fans will be cheering for Boreham here! They are playing in the fourth round for their first time in their history, and they are the first non-league club to appear at this stage since 2012/13. They are also the only side left in the FA Cup that played in the first round – it’s already been quite a journey for Boreham this season, and it would be fantastic if they could get a result here. It’s hard to judge the league form of Boreham because it’s at such a low level, but they will arrive into this tie full of confidence. Realistically, not many people will give them a chance here so they don’t have much to lose! Bournemouth are flying high in the Championship this season as they sit in third, and the market is expecting a home win here with Bournemouth trading 1.27 at the time of writing. Despite Boreham being the lowest tier club left in the FA Cup, we do have shorter prices this weekend as Chelsea, Liverpool and Man City all played at home.

It will be interesting to see what kind of side Bournemouth name here. They will surely view this fixture as a good chance to rest players – the Championship sides didn’t get a winter break after all – but at the same time they won’t want to face the embarrassment on ITV of anything bar a win here. Bournemouth have a fantastic chance of getting back into the Premier League this season without the playoffs too, as they are only one point behind Blackburn but have a game in hand. It’s hard to see past a home win here to be honest, there’s such a gulf in class between the sides but Boreham have yet to concede in the FA Cup this season and I’m sure they will aim to defend for a large part of the game. That being said, Bournemouth have created an average xG of 1.7 per game this season in the Championship and they can produce a smooth win here. Bournemouth/Bournemouth Half-Time/Full-Time catches my eye at 1.85, but this is a game for small stakes.

The Striker Says:
One point win Bournemouth/Bournemouth Half-Time/Full-Time at 1.85 with BETDAQ BETTING EXCHANGE.

You can view all markets here -> https://bit.ly/BDQBouBor