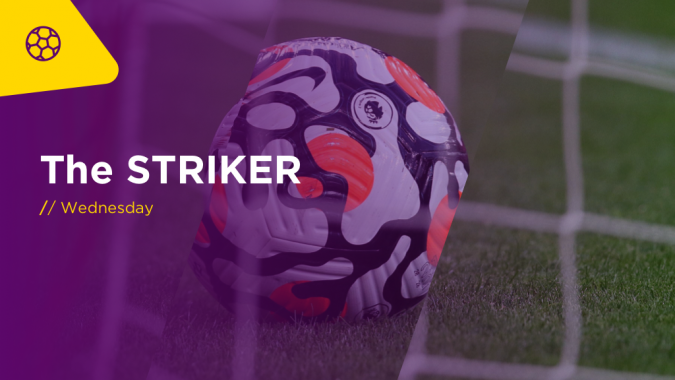 7.30pm The eyes of the footballing world will be on the Champions League Quarter-Finals tonight, but we have a huge relegation clash to enjoy in the Premier League on BETDAQ Betting Exchange too. Burnley host Everton in a real relegation six pointer, and I feel it’s fair to call this a “must win” game for both sides to be honest. Everton are obviously in the stronger position as they start the game four points ahead of Burnley and sitting outside the relegation zone. Both sides have been poor this season, as their place in the table shows, and this should be a very tense affair!

Both sides come into this game with two games in hand over Watford who sit between them in 18th. Given Watford only have a one point advantage over Burnley and have played two more games, the last relegation spot definitely looks between Everton and Burnley. Leeds have moved away with two wins and a draw from their last three games. Although this is a “must win” game for both sides, there are different reasons. A win for Burnley would still see them sit behind Everton – it would really just pile on the pressure and heat up the relegation battle. While a win for Everton would see them move away from the bottom three, and probably put the relegation race to bed.

It’s no surprise that we have a very open market. We have two very poor sides here, and there are plenty of reasons to take on either side! Burnley come into the game as favourites which you can’t argue about with home advantage. Everton have been woeful away from home this season – they sit bottom of the table on away form with just six points from their 14 games. Before you rush to lay Everton, Burnley are still in the bottom three on home form this season – it’s not like they have been more solid at home and woeful away – like Everton.

The Everton away form is obviously a major worry, but Burnley are a very limited side and I feel both sides can cancel each other out here. Burnley have had a tough fixture list recently – they had to play Manchester City here the weekend and although they only created an xG of 0.13 it’s unfair to judge them on that. I feel we’ll see a very similar game here to the Everton v Newcastle game recently. Everton scored a winner in the 99th minute, but up until then it was a game lacking quality and chances. I think we’ll have a very similar story here, and under 2.5 goals looks excellent value at 1.71. I wouldn’t put anyone off 0-0 in the Correct Score market either.

The Striker Says:
Three points win Under 2.5 goals at 1.71 with BETDAQ BETTING EXCHANGE.

You can view all markets here -> https://bit.ly/BDQBurevr

● Burnley have won more Premier League home games against Everton (4) than they have versus any other side in the competition.
● Everton won the reverse fixture against Burnley 3-1 earlier this season, completing the Premier League double over the Clarets previously in 2014-15 and 2018-19.
● Everton have lost their last two Premier League games against sides in the relegation zone, both this season against Norwich and Newcastle United. They’ve not lost more consecutive such games since a run of three between May and November 1997 (vs Sunderland, Sheffield Wednesday and Southampton).
● Burnley have won just one of their last nine midweek (Tuesday, Wednesday, Thursday) Premier League games (D4 L4), beating Spurs 1-0 in February. The Clarets had won six of their previous nine such games before this run (D2 L1).
● Everton have received a red card in each of their last three Premier League matches (Jonjoe Kenny vs Wolves, Allan vs Newcastle and Michael Keane vs West Ham) – no side has ever seen a player sent off in four consecutive Premier League games.
● Burnley have failed to score in each of their last four Premier League matches – losing each game – last having a longer goalless run in the league between March and May 2015 (six in a row). The Clarets haven’t lost five league games in a row without scoring March 2006 in the Championship.
● Everton have collected the fewest points of any Premier League side in 2022 (6 – P11 W2 D0 L9) and are the only team yet to pick up a single point away from home, losing all five games. The Toffees haven’t lost six consecutive away Premier League games since a run of eight between April and October 1994.
● Everton manager Frank Lampard has won all three of his Premier League meetings with Burnley by an aggregate score of 10-2. Against no side does he have a better 100% win rate as a top-flight manager.
● Burnley striker Wout Weghorst has scored just one goal in his first 10 Premier League appearances for the club and hasn’t had a shot or touch in the opposition box in either of his last two games against Brentford and Man City. Weghorst hasn’t gone three consecutive top-flight league appearances without a shot since his first three in August 2014 for Heracles Almelo, with all of those coming as a substitute.
● Frank Lampard has lost eight of his last nine away Premier League matches (W1), losing four with Chelsea and his first four with current club Everton. The last manager to lose his first five away matches with a club was Jan Siewert at Huddersfield Town in 2019 (lost first seven matches).