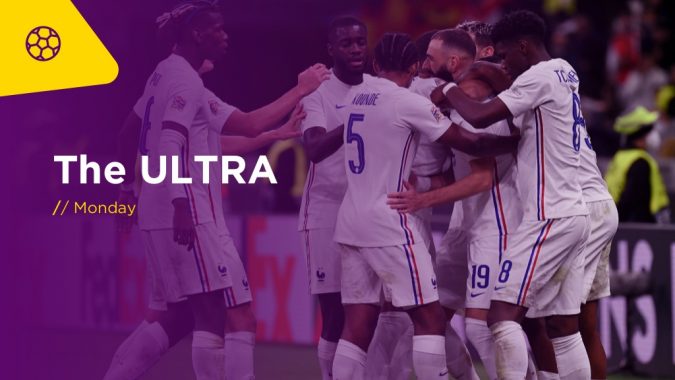 7.45pm We start a new week at the Nations League and we have two massive games from Group A1. It’s going to be another busy week of International football on BETDAQ Betting Exchange. We kick the week off with a top of the table clash between Austria and Denmark – I’m sure not many football fans expected this to be a top of the table clash when they saw the fixture list! Denmark shocked France with a 2-1 win in Paris, coming from 1-0 down in the final 25 minutes or so. It was always going to be a competitive game, but France did start the game odds on. While Austria hammered Croatia 3-0 away from home. Croatia haven’t been at their best for a while now, but after a poor World Cup qualifying campaign I’m sure not many football fans saw that type of win but Ralf Rangnick has certainly started with a bang! He will obviously be remembered (at the moment) for his spell at Manchester United but we get more and more signs that the problem at Manchester United is largely with a squad of players rather than the coaching team. You might say the problem starts with the owners which is true, but that has kept down – it will be interesting to see what Rangnick can do with this Austria team because they have been poor in World Cup qualifying.

We have two pretty evenly matched sides here, and as you would expect we have an open market. Denmark are the favourites, especially after their win away to France, who are probably the best team in the world at the moment, Denmark had superb momentum in the second half and that will give them a huge confidence boost. There’s no doubt that Rangnick will have Austria well set up here, and it seems like he has the players to carry out his plans too. That will make life difficult for Denmark, but I’m going to give the match odds a miss here as I feel there is better value in the goals market. Over 2.5 goals is trading 2.14 and I feel that’s too big to ignore. We saw these two sides have a lot of success going forward in their opening games, and their two styles can gel together very well here for a fantastic end-to-end game. I can’t see Austria being too negative even with Denmark as favourites – they have a chance to actually top the Group now and if they are indeed going to do that, they need to win here. A draw doesn’t achieve much for them, and they are unlikely to get relegated too, so why not go for it. Denmark like to play attacking football and have a lot of players to create chances, so I’d have overs closer to 2.0.

The Ultra Says:
Two points win Over 2.5 goals at 2.14 with BETDAQ BETTING EXCHANGE.

You can view all markets here -> https://betdaq.biz/AusDen

7.45pm Next we have Croatia hosting France from the same Group as Austria and Denmark, and after these two lost their opening games this has become a massive fixture for them. Anything bar finishing top of this Group would be a disappointment for France, especially after winning the last Nations League. I know the Nations League isn’t the be-all-and-end-all for teams like France, but if they have a disappointing World Cup it is still a trophy and success. Croatia performed very poorly in the last Nations League, they were in a Group with France that time too and only managed three points from their six games. That was one win against Sweden with home advantage and they lost every other game – the only reason they didn’t get relegated was their goal difference was one better than Sweden. In World Cup qualifying they topped their Group by one point, but it was a pretty weak Group compared to the others. Russia were their main challenge and we all know that Russia aren’t that good anymore – we likely won’t see them for a while in International football given the situation with Ukraine, but they have been a side in decline for a while. Croatia look there for the taking in my opinion, and I was surprised to see France trading odds against when I clicked into the market.

I know home advantage does give Croatia a chance of a result, but I just can’t see them living with this French side. They have shown that they can mess up though, and sometimes they don’t handle pressure well – but at least they aren’t as bad as PSG in the Champions League! When the sides met in the last Nations League, France were much the better side. They grinded out a nice 2-1 win away from home, and hammered Croatia 4-2 with home advantage. With those two results, over 2.5 goals might make a lot of appeal at around 2.1. I was surprised to see that price as big as that as well, but I suppose Croatia might employ negative tactics here to try get a draw. The Austria game seemed too bad to be true, but I feel that just adds to the list of poor performances from this Croatia side. They just aren’t as good as they once were, and France at odds against is too big to ignore. As I said above, they are the best side in the world at the moment and they should get three points here. They are a confident bet at 2.08.

You can view all markets here -> https://betdaq.biz/CroFra