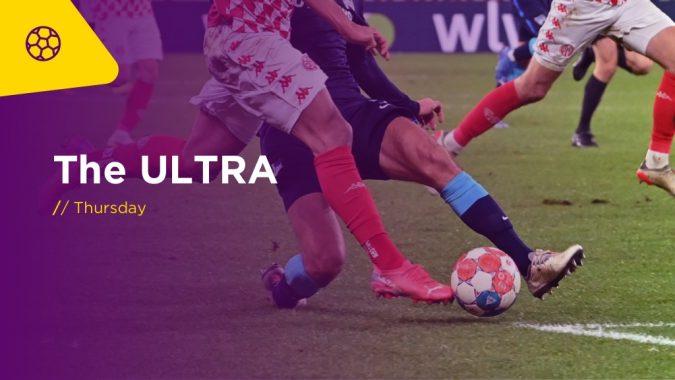 5.45pm It’s crunch time in the Europa League Knockout stage on Thursday and we have a fantastic evening ahead filled with drama. Hopefully we can find some winners on BETDAQ Betting Exchange, and there’s three fantastic fixtures to enjoy. We start the evening with Real Sociedad hosting RB Leipzig, perfectly poised at 2-2 after the first leg. Real Sociedad will clearly be the happier side – they went into that tie a little out of form and RB Leipzig have excellent momentum in the Bundesliga at the moment. RB Leipzig would have been expected to win that game with home advantage, and now they have work to do. I can fully understand why we have such an open market here, but in my view there’s only one winner and that’s RB Leipzig. It was very disappointing that they couldn’t land our bet in the first leg but they can make up for it here. Sociedad shipped four goals at the weekend in La Liga against Athletic Bilbao while RB Leipzig were busy putting six past Hertha Berlin.

When you look through the xG figures from Sociedad over the last two months you can’t help but want to take them on. They have come up short time and time again against the better sides, and I know they can put impressive wins together against the lower quality opposition in La Liga but this will be a completely different test. RB Leipzig created the better chances in the first leg, and they arrive playing superb football. Only Bayern Munich have been able to stop them recently in the Bundesliga and that was a close game too – Leipzig lost 3-2 away from home but they played well. The RB Leipzig win isn’t quite a Max Bet at 2.62 but it’s a very confident bet – I suppose the biggest negative is neither team will really go for it with 15 minutes to go with the away goals rule gone, but I expect Leipzig to outclass this Sociedad side.

You can view all markets here -> https://bit.ly/BDQSocRbl

● The 2-2 draw in the first leg was the fourth time that Real Sociedad have drawn the first leg of a UEFA Cup/Europa League knockout tie away from home; they have progressed from each of the previous three, although the most recent of those came in the 1980-81 last 32 against Zbrojovka Brno.
● RB Leipzig have lost three of their last four away matches in the UEFA Europa League (W1), including both of their last two during the 2018-19 group stage (v Celtic and FC RB Salzburg).
● Real Sociedad have only lost one of their last 16 knockout round home games in the UEFA Cup/Europa League (W12 D3), although that was their most recent such fixture, a 0-4 defeat to Manchester United in February 2021.
● Real Sociedad scored twice from just three shots (two on target) in the first leg against RB Leipzig, only the third time since the UEFA Europa League began in 2009 that a side scored twice from as little as three attempts, after Molde v Hoffenheim in February 2021 and APOEL Nicosia v Athletic Club in February 2017 (both also two goals from three shots).
● RB Leipzig’s Christopher Nkunku has scored eight goals in seven major European competitions games this season (7 in the UEFA Champions League, 1 UEFA Europa League), including five in three such matches away from home. He has nine goals in major European competition overall for the German side; only Timo Werner (11) and Emil Forsberg (10) have more (excluding qualifiers).

8pm All eyes will be on Napoli v Barcelona as it’s definitely the highlight fixture of the night! We have a very open market again here, we actually have the exact same prices as Real Sociedad v RB Leipzig at the time of writing! Who would you rather back this evening, RB Leipzig or Barcelona? It’s definitely RB Leipzig for me – I still can’t fully trust this Barcelona side to be honest and this is going to be a very difficult evening for them. It was nice to land our two bets on games involving Barcelona and Napoli at the weekend, and although on paper many would be disappointed by the Napoli draw away to Cagliari you could really see that Cagliari were playing some good football going into that game looking at their xG figures. It was a shame for Napoli that they couldn’t take advantage of AC Milan and Inter Milan dropping points at the weekend, but at least Napoli kept their unbeaten run going and they must be full of confidence heading into this tie. Barcelona put an average Valencia side to the sword at the weekend, but they have been very hit-and-miss away from home this season and you definitely have to pick your spots when considering when to back them.

I fancied Napoli to get a result in the first leg, and I fancy them to get a result again here. It is tempting to go for the win on Napoli at 2.84 but I feel the best option is the Barcelona lay at 2.62 to have the draw on our side. You can feel that this will be a very cagey and tense affair, and there’s no reason why it won’t be a very close game too. For me Barcelona this have a lot of issues at the back, especially away from home and Napoli can take full advantage of that. Even in their recent draw with Inter Milan here they created a much better xG figure and were unlucky not to win the game. They have been rock solid this season – if they won on Monday night they would have matched AC Milan at the top of the table but it wasn’t to me. The jury is still most definitely out on Barcelona at the back and they will come up short again here in the big game in my opinion.

You can view all markets here -> https://bit.ly/BDQNapBrc

● Including qualifiers, only one Spanish side has ever won away at Napoli in European competition in 10 visits there (D3 L6), a 3-1 win for Real Madrid in the UEFA Champions League in March 2017.
● In major UEFA European competition, Barcelona have beaten six different Italian sides away from home (Fiorentina, Inter, Juventus, Lazio, Milan and Udinese), more than any other side. Napoli are one of two sides they have faced but not beaten, along with Roma.
● Napoli have progressed from all eight of their UEFA European knockout ties when they’ve drawn the first leg away from home, most recently in the last 32 of the Europa League in 2013-14 against Swansea City (0-0 first leg, 3-1 second leg).
● Barcelona had 21 shots in their 1-1 draw in the first leg against Napoli, 35% of the total they managed in six UEFA Champions League games this season (21/60). Ferran Torres had nine of those 21 shots, more than any Barcelona player managed in the Champions League this season, and a tally surpassed only once by a player in a European game for the club in the last 10 seasons: Lionel Messi vs Juventus in December 2020 (11).
● In the first leg against Napoli, Barcelona’s Pedri created five chances for his teammates – aged 19 years and 84 days, he was the youngest player to achieve that in a UEFA Europa League knockout match for 11 years, since Christian Eriksen (19y 3d) created five for Ajax against Anderlecht in the last 32 in February 2011.

8pm This game took a lot of headlines last week as Rangers put four past Dortmund in Germany to win 4-2! As I said at the weekend in my preview of the Dortmund v Gladbach game, when Dortmund play such an open game they are going to get those results from time to time. That’s not to take anything away from Rangers because they were excellent on the night – they took full advantage of the chances that they were given by Dortmund and now they are in a fantastic position to reach the Last 16 (after this “Last 16” qualifier almost!) – I can see Rangers being quite cagey and negative because of the situation, but Dortmund are going to play an open game. If there isn’t an early goal you can see Dortmund taking more and more risks, and this could end up being another high scoring game. Rangers lost more ground at the weekend in Scotland and now they are three points behind Celtic in the title race – to think if they won the Old Firm Derby they would have went seven points ahead a few weeks ago! You have to say the Dortmund win came from nowhere given their setbacks domestically recently.

The Rangers fans who travelled to Germany experienced a night like no other, and the stadium will be rocking tonight. Dortmund put six past the average Gladbach at the weekend, and it’s hard to see how they stop Dortmund from scoring here. Rangers might try put XI men behind the ball, but I actually think that would be a bad idea. I think given the open nature of Dortmund they should fight fire with fire and attack. It worked last week, and it can work this week again. I feel Dortmund are fairly priced at 1.76 – they should outclass Rangers and deserve to be odds on – but at the same time I wouldn’t have them any shorter to win away from home given the amount of goals they have conceded this season. Given the situation and the type of game we saw last week, I think we’ll see goals again. Dortmund simply have to chase the game so they will be more open than usual, and over 3.5 goals looks the value call at 2.18. All eyes might be on Napoli v Barcelona at this time, but we could see another thriller between these two!

The Ultra Says:
Two points win Over 3.5 goals at 2.18 with BETDAQ BETTING EXCHANGE.

You can view all markets here -> https://bit.ly/BDQRanDor

● In the UEFA Europa League (since 2009-10), only one side has ever won the first leg of a knockout tie by 2+ goals away from home and then not gone on to qualify: Real Betis vs Sevilla in 2013-14 (won 2-0 first leg, lost 2-0 second leg, lost on pens).
● Borussia Dortmund have lost four of their seven away matches against Scottish sides in European competition (W2 D1), although this is their first visit since November 1999 in the UEFA Cup, a 2-0 defeat to Rangers. Their two wins have come against Celtic (1992, UEFA Cup) and Motherwell (1994, UEFA Cup).
● Following their 4-2 victory in the first leg, one goal in this game would see Rangers become the first side to score 5+ goals against Borussia Dortmund across a two-legged European knockout tie since Monaco did so in the quarter final of the 2016/17 UEFA Champions League (6-3 on aggregate). Indeed, Rangers have won each of their last two European games at Ibrox by a 2-0 scoreline.
● Only once previously have Borussia Dortmund lost both legs of a two-legged knockout tie in the UEFA Cup/Europa League, losing home (1-3) and away (0-3) against Juventus in the 1992/93 UEFA Cup final.
● In the first leg, Alfredo Morelos became Rangers’ all-time leading scorer in major UEFA European competition with 14 goals (all being scored in the UEFA Europa League). Indeed, since his debut in the competition (October 2018), only Bruno Fernandes and Munas Dabbur (16 goals each) have scored more goals than the Colombian.